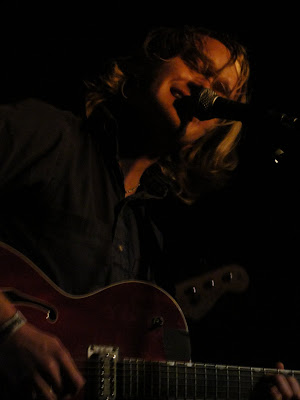 If you're a regular reader of this site, you know that I frequently mention Adam Haworth Stephens and his former project, Two Gallants. Adam came through San Diego in the spring with another favorite of mine, Rocky Votolato, and then returned in late summer as a teaser for his debut solo record on Saddle Creek which came out, coincidently enough, on my birthday. When he was here, I had the good fortune of accompanying him for a quick interview with Tim Pyles at the FM 94/9 and because I don't drive, we met at the Casbah and he drove me in the tour van to the station. It was a quick interview and he played a quick song then we went back to the Casbah where he was his usual shy and quiet self and played another amazing set. I am always in awe of Adam's talent and I can honestly say that he is one musician whose music changed my life. 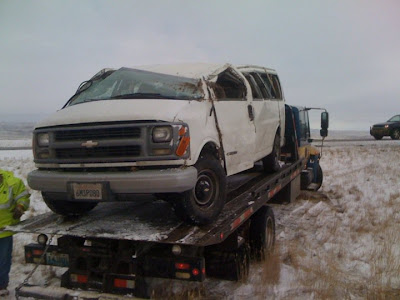 A little over a week ago, Adam was heading back to San Francisco after playing his final date of his lengthy promotional tour when he and two bandmates hit a snowstorm in Wyoming and ended up rolling their van several times. You can read about it here and here. Adam sustained injuries including a possible broken shoulder and wasn't released from the hospital until just a couple days ago. His bandmate, Omar Cueller was also injured in the accident and had surgery on his broken hand and cracked a C5 vertebrae that should heal naturally, while a third bandmate was uninjured in the accident.

The guys are uninsured and along with medical expenses are not going to be able to work for several weeks at best. If you're a fan and want to help out the band, you can donate via Paypal here. This whole story breaks my heart and I wish the guys a speedy recovery.