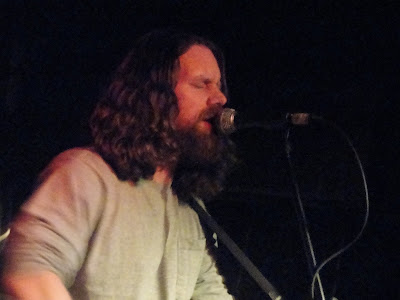 Friday night was a good night. I started the night early and caught Steve Poltz and Tim Flannery at Anthology. Our seats were in the bar so I didn't bother taking photos but suffice it to say, Steve was Steve and played a great set and had a bunch of notables join him for the show. From Anthology, we bolted to the Casbah and got there just before Drag The River started. The show had been sold out for a while and it was packed. My friend noted how at one point, Lucero had opened for Drag The River and how it was a little odd that now the opposite was true, but I was happy for it because it meant I had some room to breathe up front. 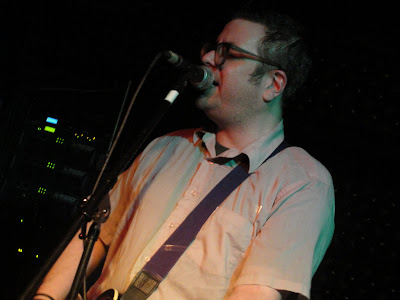 It was just Jon and Chad and they always sound incredible, and despite the stupid drunk bitch next to me who was yelling at the band throughout their set (and at one point, hilariously put her leg up on the monitor while her other leg slipped out from under her, landing her on her fat ass), they were fantastic. My only complaint was that they didn't play Medicine.

This is a playlist of most of their set (though I missed a few while at the bar). Click the right or left arrows to see more. There are 10 videos in total.


I have to admit that while I really like Lucero (and had a close encounter when Ben Nichols walked right into me on the smoking patio), the bar was so incredibly packed during their set that I enjoyed it from afar. They had a horn section which I don't think they had last time I saw them, and it sounded so good but I just couldn't deal up front.

As the show was winding down, we joined a bunch of friends, including Jon and Chad, and headed to the Tower Bar for Vena Cava. I'm uploading those videos now and will add them to this post when they're done.
Posted by Rosemary Bystrak at Wednesday, December 01, 2010