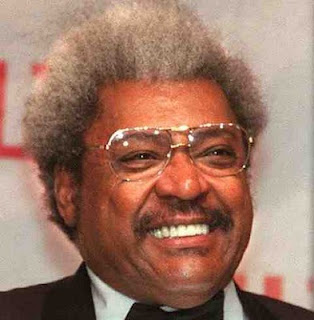 I had a musician hit me up a few weeks ago because he was wondering how to grow his fan base. He did everything right: Offered to buy me coffee, meet at LeStats... So naturally I was down! (If you want advice, you're supposed to pay for the other person... That's "old school" business... I like that...) He started asking me about the use of promoters. He told me at a show a few weeks ago, he had been approached by someone who was throwing a "Benefit" show that would be a "Battle of the Bands". (Don't get me started about those...)

He goes all-out promoting the show to his friends and family, and shows up at the venue with his people, only to see that the other bands haven't brought any peeps, and NOTHING is posted about any benefits. The show ends, and the promoter walks away with all the cash, and he feels completely ripped off.... (The poor kid is CRUSHED...)

Another friend of mine was working with a "promoter" who hit her up through MySpace. (People still use that???) He invited her to join in this great opportunity because he "LOVED" her music, and she simply "HAD" to play the next show he threw, and even worked for a "PROMOTION COMPANY". She was excited that he had heard of her, because she had only played a few shows, and jumped at the opportunity. After promoting the show and selling a few tickets, he hit her up to find out how she was doing. She said she had sold a couple tickets and he wigged out on her. He started pressuring her to bring more people and let her know that if she didn't bring enough people she would NEVER be able to play in this town again!

I was upset, but not surprised, by both of the stories. These types of promoters are EVERYWHERE, and God knows you have to be super careful with how you book your shows. Here are two things I consider before working with any promoters:

1. Do I trust this person? Now I've always been sort of "untrusting." (Ask Rob Deez... He'll tell you tons of stories about me over-asking about something... and he's my best friend!!!) But you need to know EVERYTHING about the show! If You're about to put your band's name on something, you need to make sure there is nothing shady going on and your fans/friends/relatives aren't paying for some promoter's online college classes. (Yes, I got my master's degree online. Shut up.)
If you've asked all the questions, you've checked the promoter's websites, the other bands, etc... then go for it and rock that ish!

2. No one cares about your band as much as you. No matter who you work with, if you're a beginning band, the only person that is going to make or break your career is you. Work your ass off, do your homework, don't take shortcuts. The time of Elvis Presley becoming an overnight sensation is done. The best bands work their asses off and don't make excuses. You're reading this, you're obviously intelligent. Who is your favorite band? How long have they been together? How long have they been working on their craft?

Rome wasn't built in a day, and your fan base won't be either. If a promoter is promising all kinds of amazing things, be VERY careful. (And don't worry about revenge... Karma is a bitch...) If you're just starting out, get ready to see some shady stuff go down, and be careful who you work with.

Good luck, and let me know when you're playing. (And hook up some free tickets...I'm broke...)

Posted by JoshDamigo at Thursday, December 02, 2010

Email ThisBlogThis!Share to TwitterShare to FacebookShare to Pinterest
Labels: I don't know what to do here... obviously, Promoters, san diego music, Shady Gigs

Thanks Josh, I've experienced both of these situations...it's even more frustrating when other people don't get it, especially if they're in your band.

I was just thinking about this very topic today. Thanks for giving industry hopefuls a heads up.