It was a sold out Saturday at the Casbah. The room was packed, Coachella was in full effect in the desert, and everyone wanted to be on the guestlist. Pond was performing and everyone wanted a piece of the Aussie action. I'm sure part of it was a hope that there would be some secret appearance by Kevin Parker of Tame Impala on the stage that night, instead, he used me as a blockade, hiding between me and the sound guy while I shot photos from the back of the room. Later he was trying to chill on the patio until everyone started recognizing him and he  bailed into the office for privacy. Can't say I blame him. The show was incredible, definitely worth the buzz and hype, and the projections kept the visuals interesting. I took a ton of photos, a handful of which are after the jump. 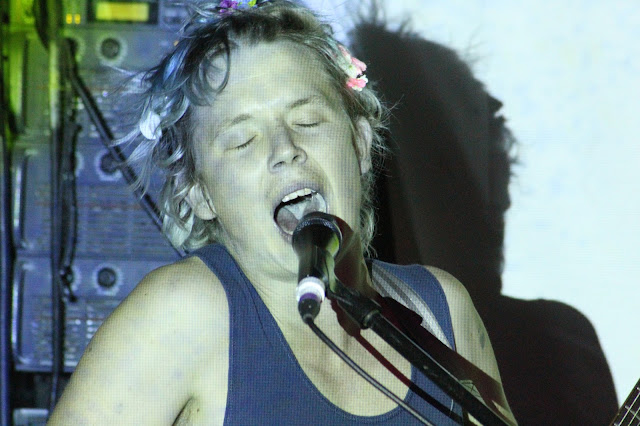 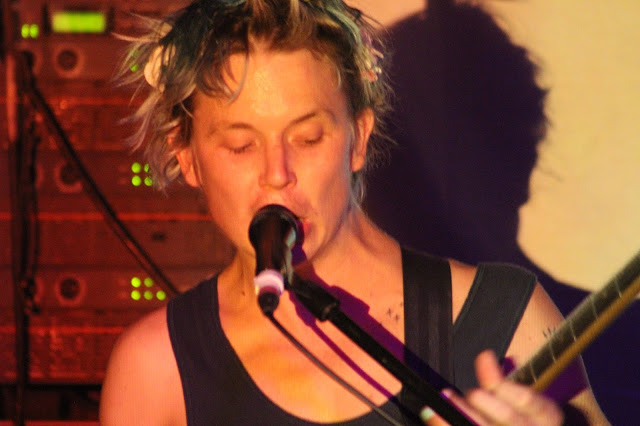 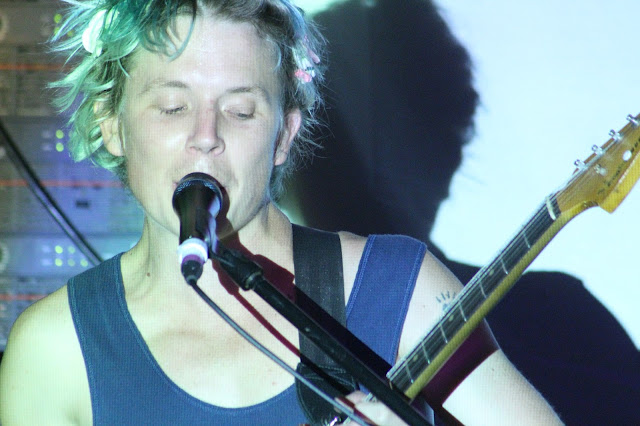 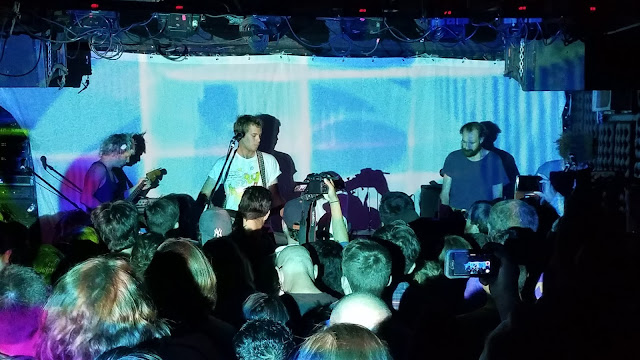 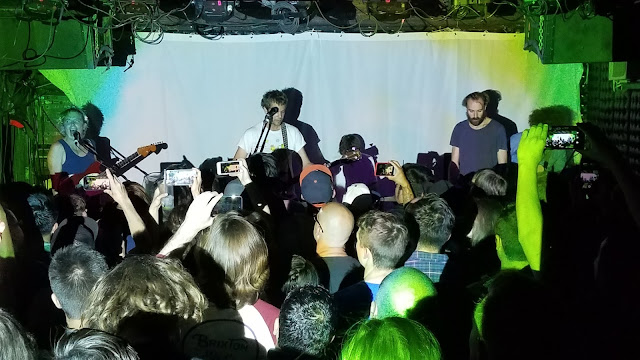 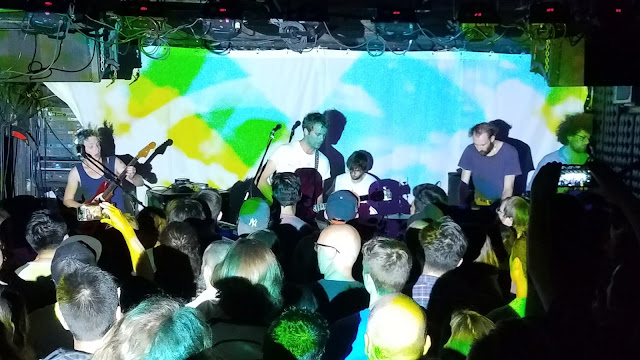 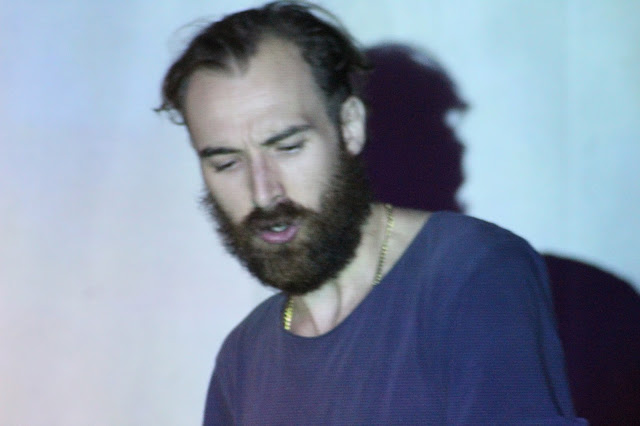 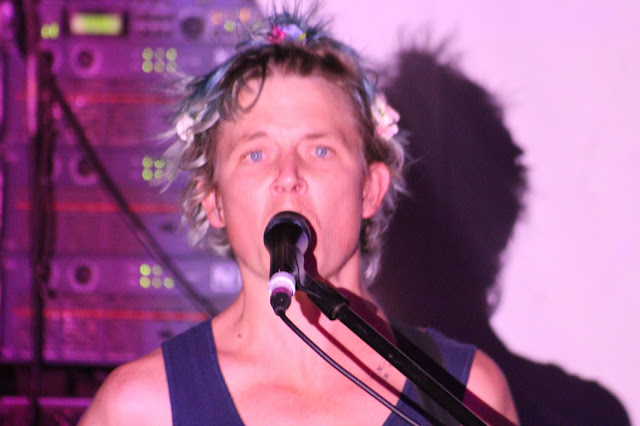 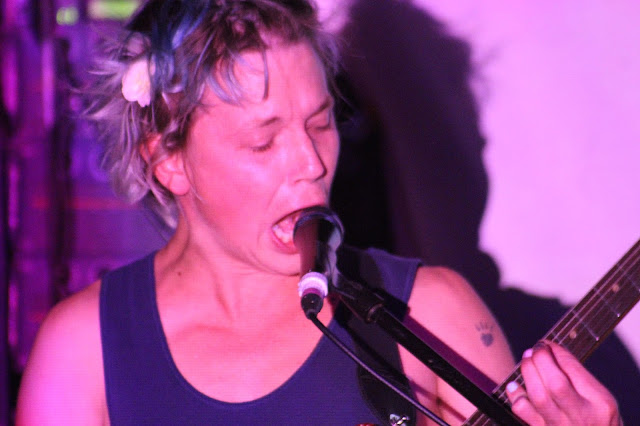 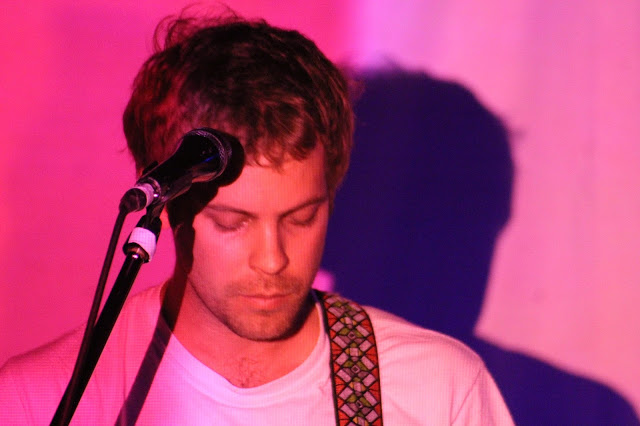 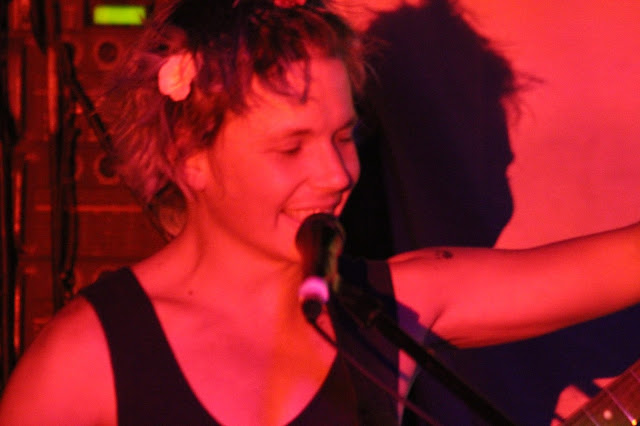 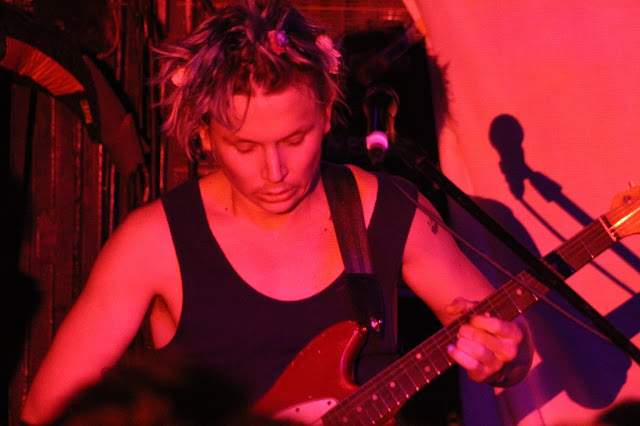 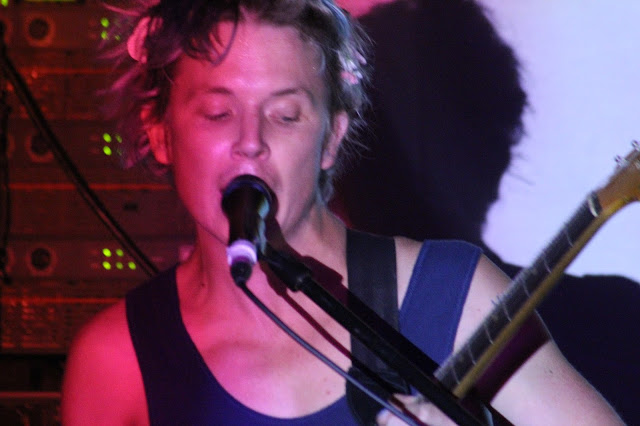 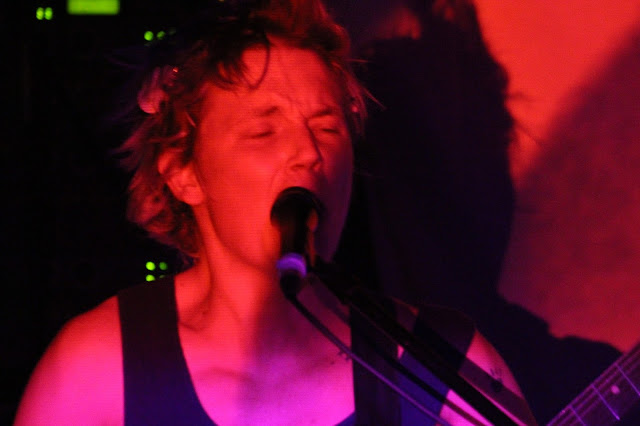 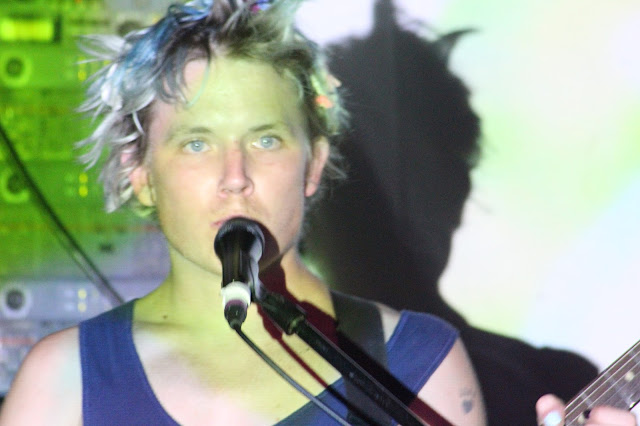 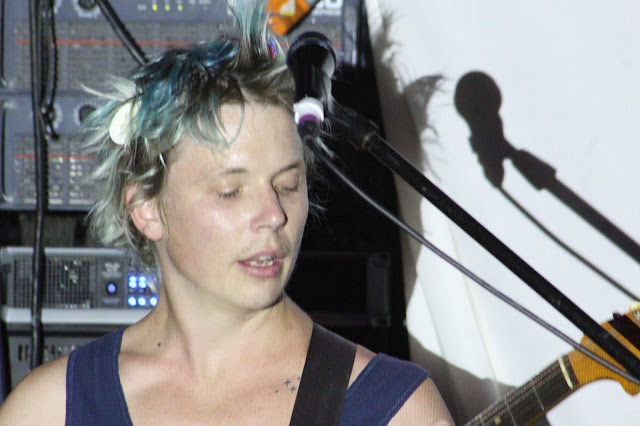