Oh man, what a night! After spending a week in SF for New Years, I was having SD withdrawals, seriously. When I saw the lineup for Anti-Monday League at the Casbah, I knew this was the shot of San Diego music my skull needed to revive my tired ass. I love Firethorn, for a lot of reasons, great live show, great guys, and great tunes. So I made sure to get there early. After catching up with Drew and Paz about New Years and the upstairs tenants’ lack of electricity, I wandering into the already thumping set of Firethorn. If you haven’t seen them, definitely check'em out, they have that gritty rock that is part punk, part grunge, and all awesome. They played a bunch of new songs. Usually, when bands play new songs I think, hmmm, maybe it’ll grow on me, but these new ones I really liked from the moment I heard them. Firethorn has a great sense of melody, and tonight they sounded better than ever. Looking forward to hearing the new songs on record. I really like when Mr. Chris, kicks it up a notch into his screamy vocals. At the end of the set, they set feedback gods ablaze as Chris crashed to the floor, then tackled Sean, and serenaded the audience with the noisiest cover of Blackstreet "I Like the Way You Work" 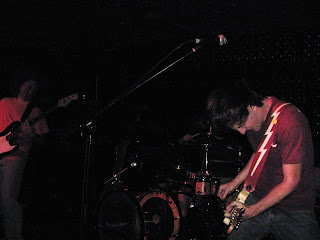 Get Your Death On followed, and kicked up the heavy riffing. With slamming drums, and riffs meant to make your head convulse forward as though dragged by a semi-truck, GYDO played what they deemed their “best show of 2009.” The very rhythmic intense instrumental sections took you through a portal to some other dimension where everything moves in slow motion. Then the drummer and guitar player would bring you back to reality with a haunting scream or melody. It was awesome when they got the audience to cheer in the “lowest” cheer ever, gggrrrroooowwwlllll!!!! 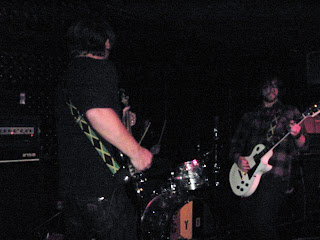 The last two bands I was most excited to see, since I love talking to Jeff when he’s working the door and had never seen his band before. Wow! When I heard him getting his amp setup, he was already tearing the guitar up! Then the band started and the sound was hitting so loud and hard, my stomach decided to curl up and die. Every hit almost knocked by breath out, and the riffing was fast and brutal. I was seriously impressed. Jeff tore into to some awesome squeeling solos on the guitar with his wah pedal, he brought it straight sinister. Between Jeff and Chad, growling intensely into the mic, my head was thrashing away. One guy decided to start thrash dancing at one point, clearing out the front row. 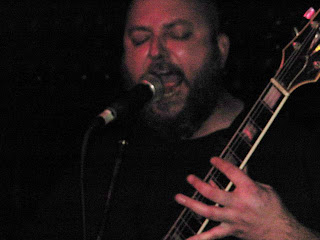 Closing out the night was The Long And Short of It. I had heard so many good things about this band, and about Ben’s energy on stage, and to say I had high hopes is an understatement... And They Killed It! Ben dominates that stage, and is so animate, that he brings you along with his every word and move. This was great hardcore, just coming straight at your face. The band had such an awesome groove that got people jumping all over the place and Ben’s screams cut you up. Seriously, he is like a sorcerer controlling the crowd with his hands, flailing around and a face that looks like it is singing with more conviction and intensity than one can believe.
Check out this small overloaded video clip of The Long and Short of It, it was sooo loud, but sooo awesome.

It was a late show for a Monday night, but people stayed to the end and were spent up in the energy. Totally a great night.
Check out more pics, by clicking on Keep on Reading
Get Your Death On merch-Bird Necklace (PETA endorsed) 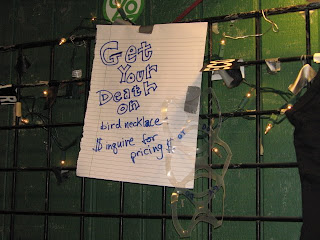 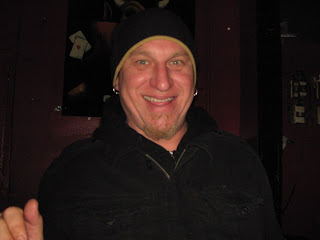 Rosey with her faves: cigs, wine, and comp 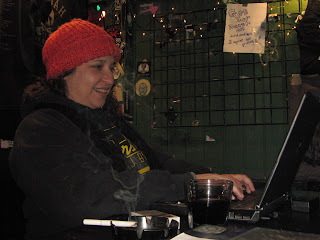 Archons has Large AMPS and Loud! 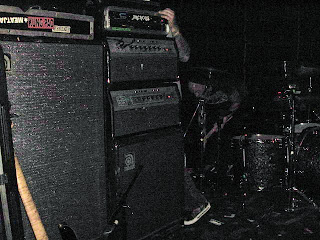 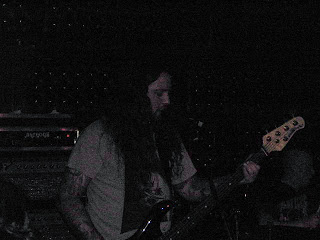 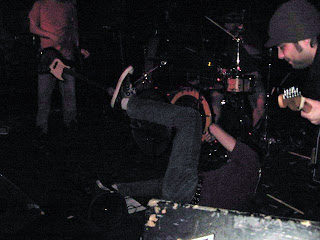 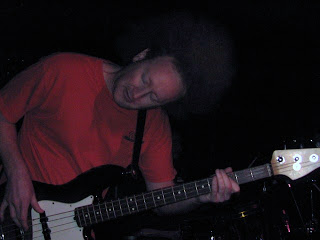 Email ThisBlogThis!Share to TwitterShare to FacebookShare to Pinterest
Labels: anti-monday league, casbah, firethorn, get your death on, the archons, the long and short of it