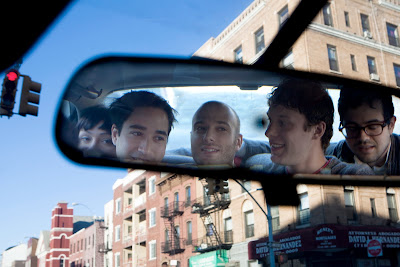 Last week, Josh posted about OK Go after interviewing bassist Tim Nordwind. If you missed it, you can read it here. OK Go, however, are not the only reason to be excited about this show, with headliners Shout Out Louds touring on their third release, Work, Earl Greyhound touring on their sophomore release, Suspicious Package, and a band I've grown to love in the two times I've seen them perform live, Freelance Whales, whose debut Weathervanes is quickly making a name for the Brooklyn band.

I'll spare a long-winded post and just say that I am giving away a pair of tickets to the show, courtesy of Freelance Whales and Cornerstone Promotion. The show is Saturday, May 22 (TOMORROW!) and because it's a special anniversary show, it is a DAYTIME show, with doors opening at 1 pm.

To enter, send your full name and phone number to sddialedin at gmail and I'll pick a winner this afternoon.