It's come to light in the past couple weeks that in the ever changing landscape of bars in San Diego, both The Wit's End and O'Connell's are calling it quits.

According to SD Urban, Wit's End is closing (temporarily) after the rent in their current location on Robinson went up. Paul Jamasonwrites, "look for them to resurface elsewhere within the next six months, but until then it was a cozy spot to grab a beer and check out the nfl ticket package games in the neighborhood." The last day at the current location was yesterday (Monday, November 22). 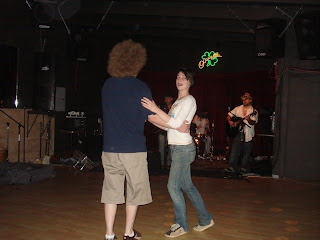 Another bar apparently calling it quits is O'Connell's. Here's the word according to Facebook:

Yep, O'Connell's is changing hands. Rick and Lorrie have decided to move on after creating one of the BEST dive bar/music venue in San Diego. If you've ever been there, you know the vibe.

This Final Farewell show and Toys For Tots Drive will feature great music from just a few of the fantastic bands that have graced the stage over the years.

Rick will have his famous (infamous?) Fabulous & Edible Buffet going, so get there a bite early!

What will all this cost?!? Only one unwrapped toy or a donation.

Come down and show Rick and Lorrie your love, eat some good food and rock out to great music!

This show and Toys For Tots drive takes place on Sunday, November 28, though from what I understand, the very last show ever will be a free show on November 30th with Hocus, Starcrossed, and Ultra Viol3t.

The ABC License Query System shows that the pending owner is Second To None LLC (Patricia Leigh Gilstrap and William Gonzalez) and they will be doing business as "Saints & Sinners". I actually kind of expected O'Connell's to jump on their increased visibility after prominent scenes in the amazing new show Terriers. The paperwork was filed back in September. Keep an eye out for updates and openings for both spots.
Posted by Rosemary Bystrak at Tuesday, November 23, 2010