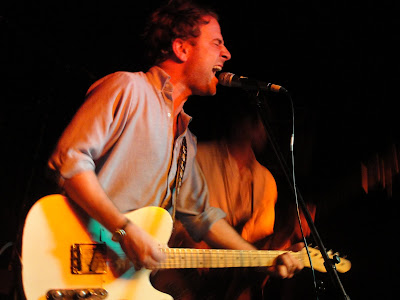 I had the pleasure of seeing The Romany Rye, The Moondoggies, and Dawes at the Casbah on Saturday night. It was no secret that I was excited for this show after seeing Dawes earlier this summer on for the KPRI private listener harbor cruise. I'd also seen The Moondoggies earlier this year and have only heard good things about The Romany Rye, so I knew it was going to be a solid show all the way through.

I won't go on too much about the show but I will say that by the end of the night, the Casbah was only about 10 tickets shy of a sellout, but during the bands it started pouring, so all of the merch was moved into the Atari Lounge. Normally the pool tables are covered and moved so people can congregate, so the unexpected rain made the Atari Lounge and the concert room incredibly packed. I should also note that I heard more than a few people say it was their first time at the Casbah and lots of people who came specifically because they'd been on the same harbor cruise. That makes me exceptionally happy.

The Romany Rye kicked off the show and though their music is fantastic and easily graspable, the smile on singer's Luke face makes you feel instantly warm and drawn to the band. At the moment they only have an 8 song CD, but will have a full length record sometime around February. 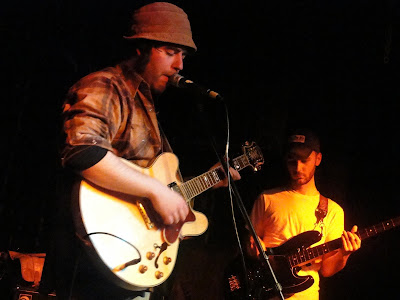 The Moondoggies followed with a louder more jammed out set. The drummer was apparently sick back at the hotel, so Griffin from Dawes sat in and winged it and did a pretty fantastic job doing so.

By the time Dawes started, the Casbah was packed and though there were plenty of chatty people at the bar, the band played a rocked out guitar heavy set, all the while not drowning out the gorgeous harmonies that were expected. This band is so vocally powerful and never miss a note and it was definitely a show to see.

Here are the videos I shot from the night. Click through the right and left arrows to see them all...there are also a few from each opening band.

Email ThisBlogThis!Share to TwitterShare to FacebookShare to Pinterest
Labels: casbah, dawes, the moondoggies, the romany rye