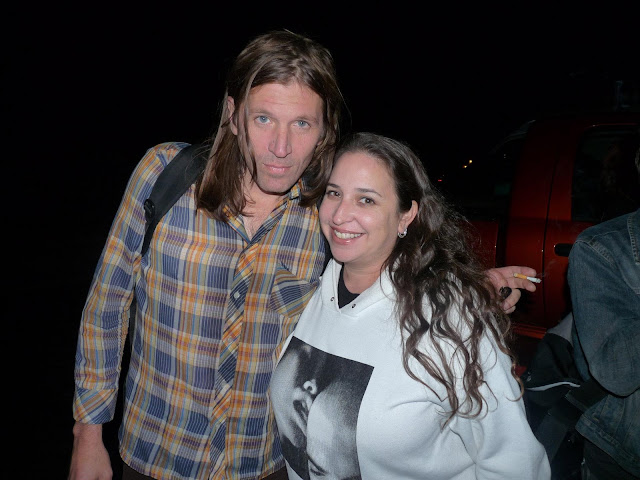 There are things about last night's show with the Lemonheads that I can talk about. And there are other parts that I'm going to have to just keep to myself and the people who were there to share the experience. For anyone who has read this blog long enough, you know that the Lemonheads have always been one of my favorite bands and it's crazy to think I've been listening to Evan for over 20 years. In that time, I've had several memorable experiences with Evan, some super amazing "I can't believe this is happening right now" moments to super psychotic "I can't believe this is happening right now" moments. I'm happy to say that Mr. Dando appears to be doing much better than the last time he was in town, and from their super awesome performance to his up-till-last-call encore to the after hours fun that ensued, last night just might go down as one of my favorite shows of the year. Though I'm not really gonna talk about the after hours stuff so as not to get anyone in trouble, I will say it was cool that in conversation with someone else, Evan remembered hanging out at my house a few years ago, and it was also nice that he called me later to tell me that they got lost on the way to my house and it was agreed that maybe it was just best to call it a night since it was already about 4 am and he had to catch a flight today. 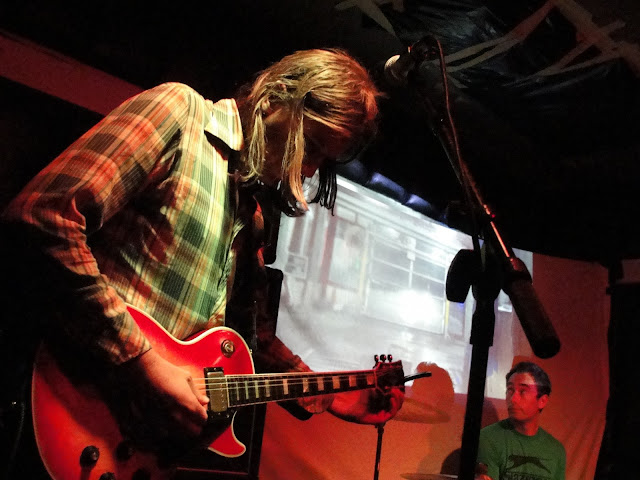 I filmed most of the show, though a couple songs got cut off when my battery died and I'm not sure how much my friend Brian Guthrie (who shot the top photo) got when he filmed the encore for me when I had to use the restroom. Also, apologies that I shot from the dead zone of the stage. I would've liked to have been on the other side of the stage to better capture the sound, but then I wouldn't have had such a clear shot. I also have to thank Pete Markall and David Miller who allowed me to squeeze up front with them. The video playlist has 8 videos of varying lengths. I haven't watched through all of them but will try to make a setlist when I can get through all of them since he didn't necessarily stick to what was planned. I gotta say, I had no expectations, so I'm thrilled to say that last night was a super awesome night for the history books.

Nothing But Bonfires said...

I was there too! What an amazing show. I think I must have been about three people over from you -- I was also right at the very front, midway between Evan Dando and the bass player. I was so excited to find someone else's recap of it! Incredibly jealous of your photo with Evan, and am now dying to know about the after-hours stuff. I left right as the encore started and would love to know what he played. Thanks for writing this so I could relive it!

Verify me here - they didn't play Mrs Robinson? I only had a few beers: sure I didn't miss it, or did I?