Tonight: Chamberlin at Tin Can 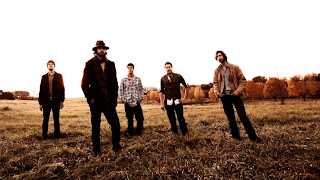 I know this weekend is packed with great shows, but if you're still undecided for tonight, there's a great little bill that Miss Kelsey put together and I'm telling you, if you like your indie, you'll love this show. Chamberlin are this awesome band from Vermont and they sound like it. You might just feel like you've gotta give them a hug to share the California warmth or something. The band draws a lot of critic comparisons to Band of Horses and MMJ, I think I like them so much because they remind slightly of Monahans. I had to work and missed their show last time around so I'm pretty excited to catch them this time. They're joined by Olin And The Moon and AB and The Sea.