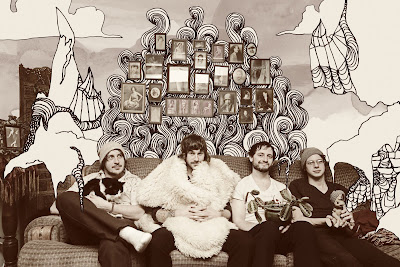 Take the childhood experiences of an Alaskan born son to a Iditarod racer, move him 4,372 miles across the map, and then add no sunlight, and you will have the makings of the newest record by Portugal. The Man.

Take the childhood experiences of an Alaskan born son to a Iditarod racer, move him 4,372 miles across the map, and then add no sunlight, and you will have the makings of the newest record by Portugal. The Man. The Satanic Satanists is an 11-track journey through each of the previous records of Portugal. The Man, along with some new twists. When I talked to the band back in March of this year when they played the Casbah, I asked the boys what the new album would sound like to which they replied with,” … a hip hop feel, with drum machines, and elements from all previous records.” Those and a hundred other adjectives I could throw at it could describe the record. You get the beats from Waiter: Your Vultures!, the guitar work of Church Mouth, and the melodies of Censored Colors, with the band dipping into a new sound of Motown (Lovers in Love) and even some 90’s grunge (Do You). The band also told me in March that the new record was done “very professionally” which thoroughly shows with the 4th LP. Paul Kolderie (The Pixies, Radiohead) Adam Taylor, and Anthony Saffery (Cornershop) all added their individual touches on the record. Whether it be (and what I thought wasn’t possible) Johnny Gourleys even better vocals, or the amazing bass work of Zach Carothers, the whole album flows extremely well (it may also be the non-existent gaps between songs, but well go with the first idea).

The Satanic Satanists is one of those records where you go through saying, “this is my favorite, ok now this is my favorite song, forget the last one cause this is better.” Tracks that stick out are the very catchy and spacey sounding “Lovers In Love,” infectiously grooving “Guns and Dogs,” and my favorite and last track on the record “Mornings.”

One thing that I kept thinking was that the tracks needed to be longer. Each song left me wanting more. And I contemplated if this was a bad component to a record. But its done that way on purpose. You are suppose to question why isn’t there more to this part of the story? And then you realize, this is the life of a real person. A person who is telling you their story. But stories cannot go on forever. This is Johnny Gourleys life till now. What he has seen, heard, and experienced. At the end of it, even if you still are wanting more, try not to fret cause the band told me there is a good chance they will be releasing 2 to 3 more albums THIS YEAR!

The first line of the album poses the request and the problem, “Save me, I can’t be saved.” This is an album about the way of life in Alaska but also how that way of life is an escape. Johnny Gourley said that the album represents,” The tie into the way my dad and other people escaped to Alaska in the ‘70s, and represent their proud independence and courage.” Escaping complete civilization to live on your own and raise a family only to have your son grow up, start a band, and write songs about that lifestyle. Coming full circle is the message I got from this record. Living out our life, doing the things you want, and then coming back to what you were raised on.

I have gone through the album at least ten times, and this one of those albums that you hope stays with people forever. The art for the record is worth the buy alone. As the band did with their last album, they are offering some pretty big pre-order packs which you can order at http://portugaltheman.merchnow.com/ . The record comes out on July 21st in the US and will be available everywhere.

Every once in a while a band comes out with an album that they truly break all rules with. Portugal. The Man doesn't do this with The Satanic Satanist. They do what they do best. And that is give the listener a sense of true story telling to go along with infectious music that will last a life time. 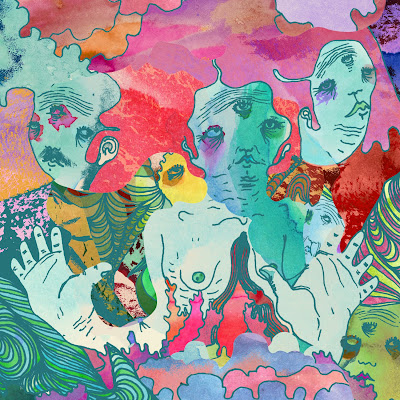 So true Zoe's sister (i am assuming)

No her mum so a little biased, however true