No matter how much I blog, tweet, or try to encourage people to enjoy this fair city, I'm always still a bit surprised that everyone doesn't know about certain gems in San Diego. I'm not the only one...Tim Pyles, Chris Cantore, Street, CityBeat, and a slew of others regularly talk up what's going on around town, and that doesn't even touch on all the information shared daily via Twitter...

I only hope that when this site moves, I can do more to get the word out about some of the amazing stuff right under our noses. KPRI, for a very long time, was a North County station and most people hadn't heard of it. I'll acknowledge that it's a AAA station, so their cutting edge music sometimes sways to the mellow side of the spectrum, but the freedom the station has because of their true independence (one of only a handful of privately owned stations in the country), they offer something truly unique and with their enhanced tower, they can now be heard just about anywhere in the county.

I've been a registered frequent listener for many years now. When I worked downtown I got to see a lot of their free shows...Jay Farrar, Rhett Miller, Shawn Colvin to name a few. And with their Hornblower shows, I will never take for granted how amazing it is to get to go on a free harbor cruise in our beautiful bay, but I've never been disappointed by any of the stellar performers that they bring to San Diego.

Last night was another such special night as we rode around the bay listening to Andrew Bird perform as tankers, helicopters, boaters, and sea lions passed us by. There was a great turnout for the event--they almost reached their 500 person capacity--and unlike many of the performers, Andrew performed with his full band. Words cannot begin to describe how fantastic the show was (even though I got a little queasy for the first time ever on a harbor cruise).

The next performance will be on July 21 and feature Sara Watkins of Nickel Creek who has a fantastic new record out. You have to sign up for the emails to hear about the events and it wouldn't hurt to program the station into your dial. We have a rare market that has unique stations (KPRI, FM 94/9, Sophie, to name a few) that really reward listeners with music. Click here to register. They've got a couple events brewing that you will not want to miss. I promise. 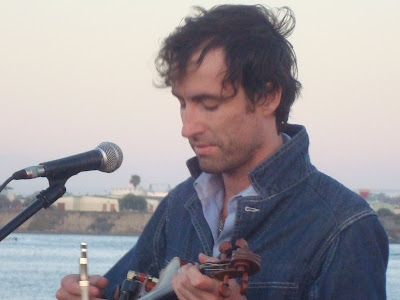 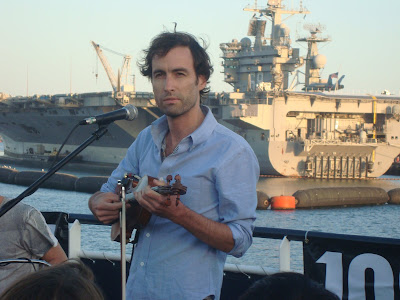 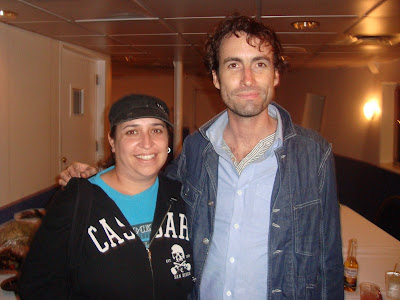 I try to avoid dumb fangirl pics, but Oz took a few of us in the green room to meet Andrew after the set and he was such a sweetie I thought I had to post. Dude makes me look like an oompa loompa, but whatevs. 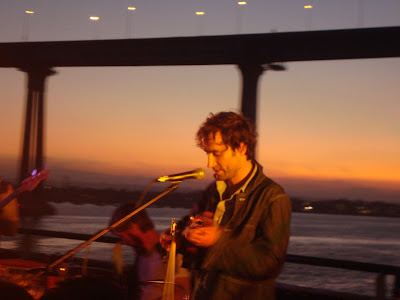 Is there any chance of KPRI diversifying its format a la WFMU?

Two obvious reasons why they can't be like WFMU: WFMU is listener supported, non-commercial radio and that metro is HUGE compared to SD. You, me, and 4 other people would listen if they did.

That's the same reason I retired from DJ'ing. About five people showed up consistently. There just isn't enough of a fan base in SD for most types of music - at least not one that will come out and support various musical genres. The indie kids are good about doing so, which is why they thrive.

Of course, they have a community radio station in Tucson - KXCI - which thrives, and Tucson is a far smaller city than San Diego. I think it's as much about lack of diversity in musical tastes as it is about market size. KXCI may receive some sort of public grant, though, and the only station we have here like that is KSDS, which focuses on jazz only except for Lou Curtiss' show.