Is this the new Daft Punk project?! (The Third Twin) 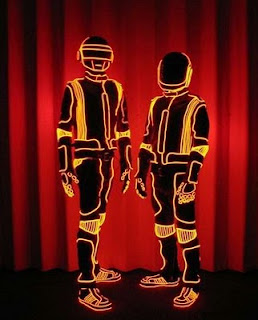 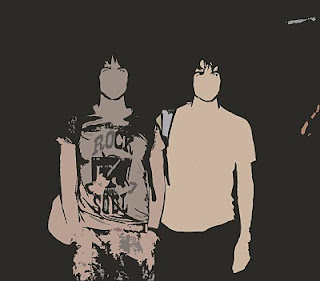 Ms. Bystrak could really give two hoots, but frankly, I am really excited about this, and needless to say, if you are going to Coachella this year and you like to dance, then you should really be excited too!!! According to my friend Justin, "Daft Punk released 12 tracks throughout the recording process for the Tron soundtrack which were rejected by Disney, and for legal reasons, could never be released under their name. These 12 tracks have been made available to the public under the pseudonym The Third Twin (TTT), who have also been confirmed to play Spain's Arenal Sound Festy in August..."

Read the article below for a better explanation of the whole story and check out the Myspace page to listen and watch a video for every track! New Daft Punk or not, I'm impressed.
article:
http://exclaim.ca/News/daft_punks_third_twin_alter-ego_actually_legit
website:
http://www.myspace.com/thethirdtwindjs
Posted by KZ at Wednesday, January 12, 2011

daft punk or not, these guys sounds really good.

yes, this is Daft Punk and they are just amazing!

HUGE fan of Daft Punk, and all the songs on that page are legit solid jamz. Really good stuff.