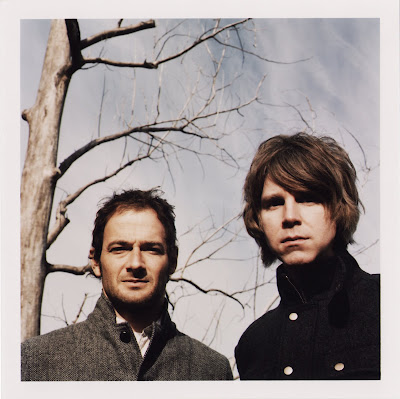 I am a firm believer in the old adage that the cream rises to the top. In the less publicized world of indie music, such is the case when one listens to The Autumn Defense, a group formed in 1999 by Wilco bassist John Stirratt and multi instrumentalist and producer Pat Sansone. The group has released four full lengths to date, the latest being Once Around on Yep Roc last November. As of 2004, Sansone has also become a full fledged member of the much more popular band Wilco. If one word could best describe the music of this low key spin off group it would be pleasant. It is very evident to notice the influence the 60s and 70s have on their music. Some might say that the sound is too steeped in the past, while I believe it has enough originality to bring it to the current era. The production on all the albums is top notch, reflecting Sansone's talent as a producer.

Sometimes music is at its best when the listener is swept away in more subtle ways rather than a tidal wave. Such is the case in point: The Autumn Defense consistently produce instantly accessible quality music. Come see (and listen) for yourself this Thursday when the group makes a rare San Diego appearance at downtown's beautiful supper club Anthology. Even if you have not heard the music before, it will seem like reaquainting yourself with a friend you lost touch with years ago.

Watch a video of Bluebirds Fall below.