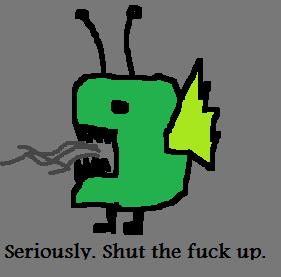 Earlier this week I was trying to convert the unconverted to attend the Rocky Votolato show at the Casbah. I know at least one person who took a chance and was blown away, however I wanted to talk about something for a second. I know most people lead normal, everyday lives. I don't mean that in any condescending way at all, I did the corporate 9-5 thing and worked among rules and bitchy bosses, and when I got off of work, I wanted nothing more than to unwind and have fun with friends or just veg in front of the TV with a glass of wine (or four). I understand that for most people, going to shows is your chance to unwind and let loose and that most people only actually attend a handful of shows each year (statistically, the average is TWO). I also understand, going to shows night after night, that sometimes you might get a little bored with opening bands, you just want the headliner to play so you can get home in time to get some semblance of normal sleep before having to go back to work. I get it. I really do. What I don't get is paying $15 to see an acoustic artist, and in this case with an acoustic opener, and then talking at the bar throughout the entire show. It was rude during Kevin Long's set (which was amazing if you were actually paying attention), and he was so delicate when he addressed the crowd. But I was completely floored by the four or five people who continued being completely obnoxious throughout Rocky Votolato's set. One guy kept yelling for "Suicide Medicine", and even once Rocky relented and played the song, that was apparently the dude's cue to become even louder at the bar since the one song he obviously came to hear was already done. I appreciate that those people also paid their $15, but it isn't their right to ruin a show for everyone else by merely paying the cover. Both artists were absolutely amazing about how they handled the situation, but I swear it is so tempting sometimes to grab the mic and just tell people to shut the fuck up. Learn some freaking etiquette. The artist, especially the headliner, should never have to get to this point:

"I would just so much appreciate your respect and kindness and just shutting the fuck up."

This is why I love Rocky.

Thank you! Seriously there are a hundred bars you could go to if you want to drink and talk with your friends. Save yourselves the cover charge and the bad karma.