Last Friday night the Casbah brought in a duo of East Coast acts to kick off the weekend in style.  Nashville- based Turbo Fruits started things off before Providence, RI natives Deer Tick took things to another level, much to the sold-out crowd's appreciation.  More words and pix below.

From my understanding, Turbo Fruits has frequented San Diego a few times since I last saw them open for Surfer Blood at Bar Pink a couple years ago, and after seeing them again, I struggle to come up with a reason for not seeing them sooner.  The four-piece bluesy garage rock act brings it live- frontman Jonas Stein and lead guitarist Kingsley Brock are full on rockers in all of their head banging, beer chugging glory.  These guys tour- a LOT- and it shows.  While the between song banter may have been a little difficult to understand (considering the combination of southern accents and a liberal amount of beer) they have their set dialed in.  Keep your eyes peeled for these guys and what is sure to be a quick return to SD. 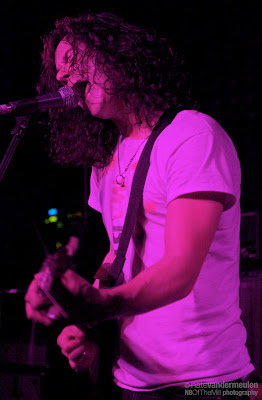 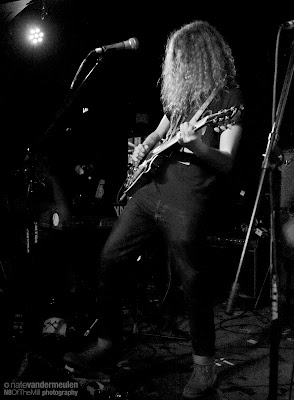 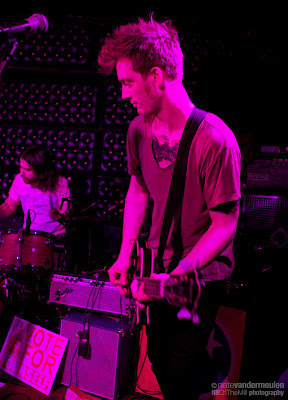 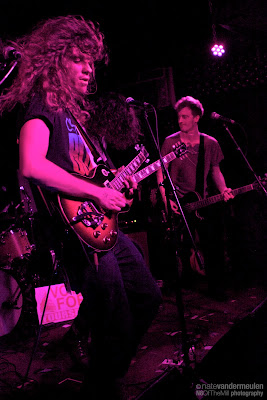 It's not often that you walk into a live show with nothing but a peripheral familiarity of a. the kind of music the band plays, b. what kind of show they put on and c. what kind of crowd they attract.  From a brief search of the internets and conversations with friends who had seen them live before, I expected a raucous show in the vein of an Americana/ alt-country/ rock version of a Black Lips show (which, if you saw them at the Casbah last year, you know how rowdy that night was).  The floor was packed with  an eager and excited crowd by the time the band was about halfway through setting up.  It was good to see some fellow New Englanders repping Lil' Rhodie but for the most part those in attendance were made up of straight up hard core Deer Tick fans. The show itself was a roller coaster of a ride- intense rockers that were frequently accompanied by full crowd singalongs, a couple of downtempo songs by lead man John J. McCauley III, a cover of Beastie Boys' 'Fight For Your Right' in honor of MCA's passing, lots of crowd interaction, and even a special guest appearance by McCauley's dong, which he whipped out to play the guitar with on the last song of the night.  Having little to no familiarity with the band, I was floored by the performance- songs like 'Piece By Piece And Frame By Frame'  and 'Twenty Miles' completely leveled me with the combination of truly heart- rending lyrics and the type of music supporting them that makes you want to find a bottle of something to crawl into and then party your way out of.  I definitely came into the show in the minority relative to Deer Tick fan-dom, but I left as a huge supporter (on John's recommendation I picked up The Black Dirt Sessions and have had it playing pretty much on a loop for the past week). 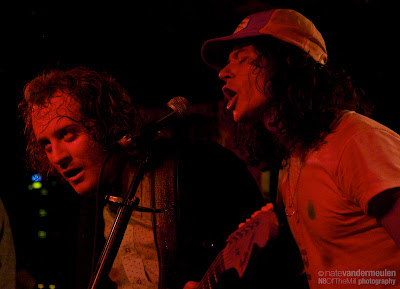 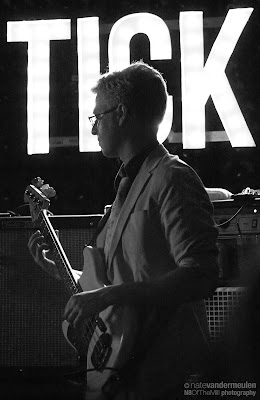 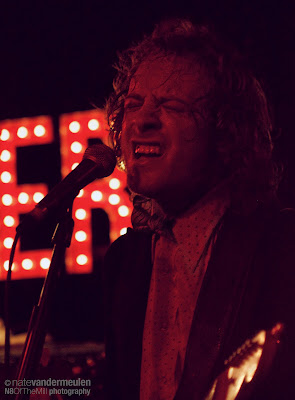 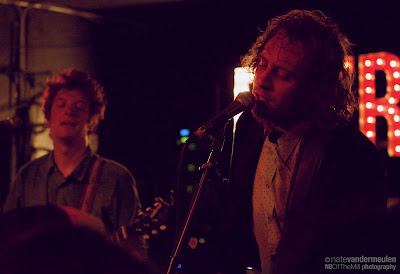 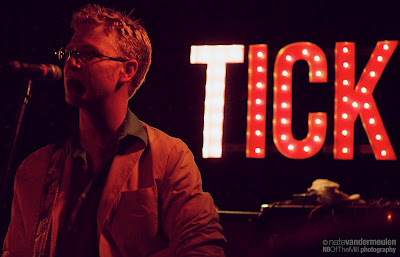 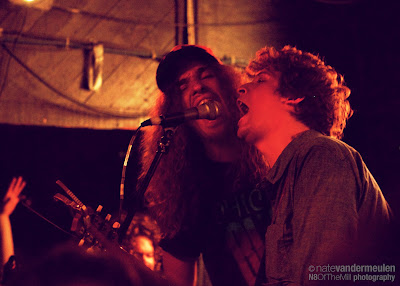