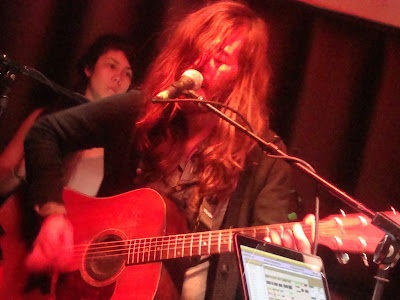 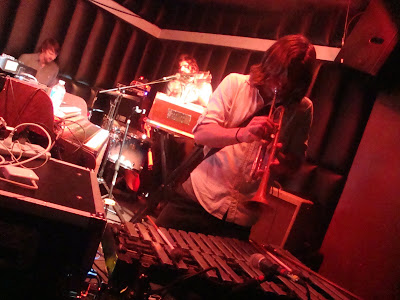 Last night was great for music in San Diego. Natalie and I started off with a great dinner at West Coast Tavern, though it resulted in us getting to Habitat House a little later than planned. The living room was packed for The Shivers, so we listened for a bit from the foyer, but I needed to get to Soda Bar where she dropped me off for Other Lives. The band is from Oklahoma and were absolutely amazing. Their record, Tamer Animals, was released on Tuesday on tbd/White Iris Records and if you haven't heard them yet, you will definitely be hearing a lot about them soon because their record is stunning and their performance was incredible. I don't think I've ever seen a band with more gear at the Soda Bar, and watching them switch instruments was pretty amazing. I filmed the whole show, sorry about the clueless photographer who kept stopping in front of me, but I think otherwise the videos are pretty representative of the show. I think maybe I've changed the way I watch and listen to bands lately. I mean, I notice the bands that I've been following for years that continue to put out music and tour but seem to kinda keep their same level of recognition, and then you have bands like Frightened Rabbit or The National who played their small club tours and then grew to much larger shows. As I was watching Other Lives, I couldn't help but think of Fleet Foxes and I was already imagining this band on the stage at Spreckels. It might not happen right away, but I'm certain that if they keep their shit together, they've got nothing but big things ahead...and we can all say we saw them first at the Soda Bar.

You can grab a free MP3 of the title track from Paste here.

Incidentally, since I was filming the whole show on one camera, I busted out my old Cybershot for the photos. The blur makes me a little nostalgic. 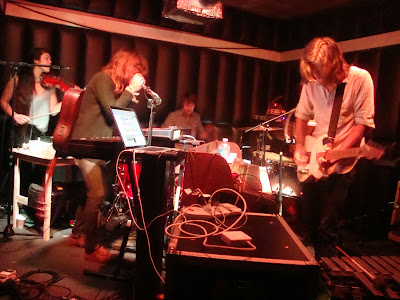 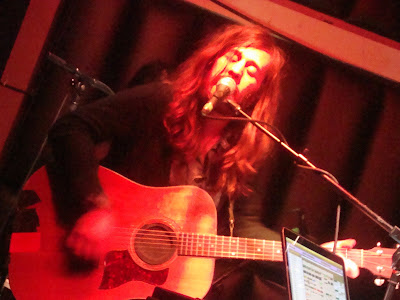 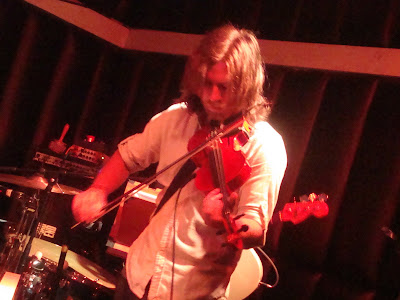 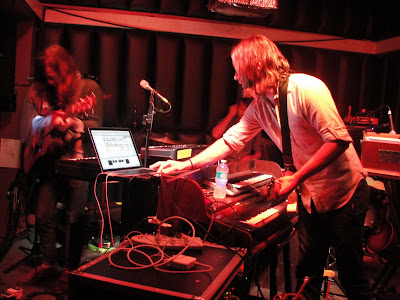 Email ThisBlogThis!Share to TwitterShare to FacebookShare to Pinterest
Labels: other lives, Soda Bar