On Tuesday night, I was quite excited to be working at the Noah and the Whale/Bahamas show. I've recruited Phil, another photographer for shows, so he'll be posting some photos later, but in the meantime, I thought I'd give a little rundown of the show.
As I've been endlessly whining about,I've had kind of a shit week and kinda felt on the edge of...well, something...it felt like nothing I was doing was worth anything and I've been feeling really delicate, like one more little thing happens and I'm just going to lose it. I only say all of this because I wasn't prepared for just how emotional and eventually cathartic this show ended up being. I got there early...around 5:45...and walked in on Noah and the Whale soundchecking with "Blue Skies".

So imagine walking in all fragile and being one of 4 people in a room as Charlie sings this. Talk about intense. The rest of the soundcheck was more rockin and we just cleaned up loose ends before opening doors at 7. I was taking tickets at the front door, but we got everyone in really quickly because we didn't have stamps or wristbands or ID checks or anything like that. This ultimately meant that those of us working were able to peek in on the show. We were blown away by Bahamas...guitar, drums, and two women singing backup harmonies. They were phenomenal and I suggest seeing them if and when they come to a town near you. They felt really appropriate at the Woman's Club...it felt timeless, like you could've walked into the room with that band performing in 1955, 1965, 1975 and it would've felt exactly the same which is a pretty rare quality for a musician/band to have. You can check out Bahamas' Daytrotter Session here. 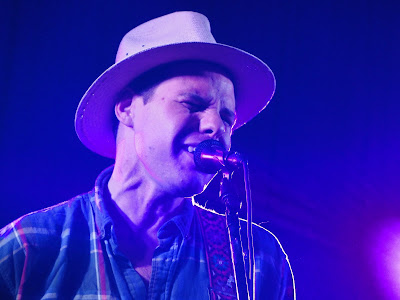 When Noah and the Whale came on at 8:30, we didn't have much to do in the lobby, so I went in for the first song and almost had a total meltdown. It was "Give A Little Love"

Well I know my death will not come
'Til I breathe all the air out my lungs
'Til my final tune is sung
That all is fleeting
Yeah, but all is good
And my love is my whole being
And I've shared what I could
But if you give a little love, you can get a little love of your own
Don't break his heart

Well my heart is bigger than the earth
And though life is what gave it love first
Life is not all that it's worth
'Cause life is fleeting
Yeah, but I love you
And my love surrounds you like an ether
In everything that you do
But if you give a little love, you can get a little love of your own
Don't break his heart 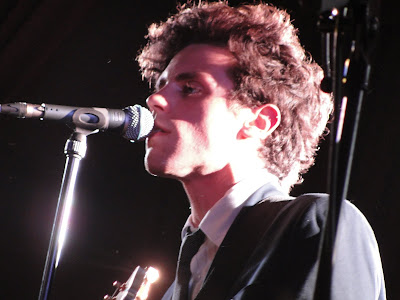 The rest of the show was equally intense, and the production, sound, and lights were amazing, impacting the half full room that much more. It really did bum me out that this show wasn't a sell out because Noah and the Whale are amazing with every performance, but at the same time, a half house with passionate fans is a far more comfortable show. At the end of the show, I was filming the final song of the encore, "L.I.F.E.G.O.E.S.O.N", and I looked to my left and there was a guy filming and wiping tears from his eyes. It was pretty amazing to see that I wasn't the only one completely moved by this show. 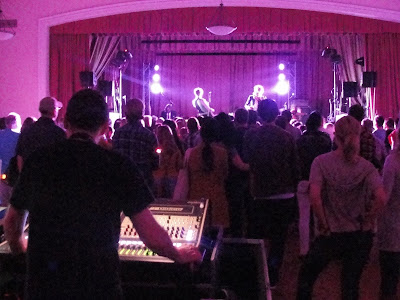 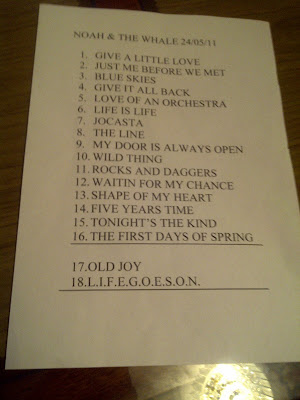