Friday: Jesse LaMonaca and the Dime Novels, The Shivers, and The Janks @ Bar Eleven 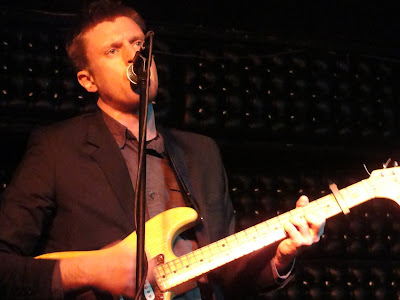 Last night I had the pleasure of seeing The Shivers at the Casbah. They were a late add to The Tree Ring show, but they were awesome despite being sick and performing as a duo. They have a full band that will be joining them tonight at Habitat House (showtime around 8:30) and tomorrow when they play at Eleven. The Janks open that show and Jesse LaMonaca and the Dime Novels headline, so it's gonna be a good night on The Boulevard. The show is only $6.

And since I don't think I ever posted them, these are the two songs Jesse played live when I did the Coup d'etat on FM 94/9 a couple weeks ago.

Email ThisBlogThis!Share to TwitterShare to FacebookShare to Pinterest
Labels: Eleven, jesse lamonaca and the dime novels, The Shivers