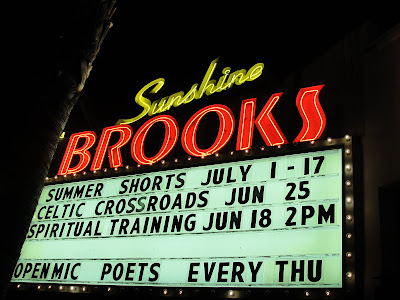 A few weeks ago, I got a message from Colin Clyne (SDMA nominee for Best Acoustic) inviting me to an upcoming show in Oceanside. I first met Colin back at an event that Peggy Calhoun had put together at U-31, and I've been booking him at West Coast Tavern on occasion over the months. Unfortunately, sometimes I can't be at WCT on Thursdays if I have to work at another show...the unpredictability of freelancing...so I really hadn't seen Colin play in some time. When Saturday rolled around, I was at the OB Street Fair and decided to see if Colin's offer was still open and within an hour or so, I was getting dropped off at his place to spend the day in Oceanside along with his lovely wife Fiona, Patric Petrie and their friend Tom. 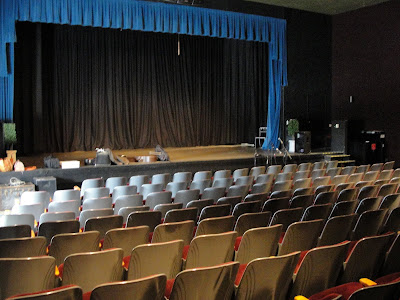 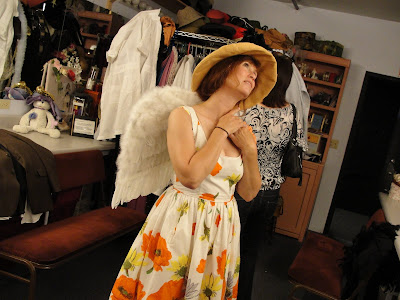 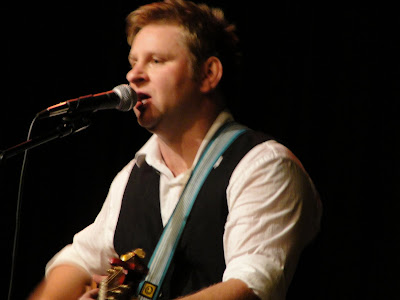 I didn't really have any expectations of the day or night but it ended up turning into an all around great weekend. We arrived in Oceanside around 4pm, quickly unloaded gear into the Sunshine Brooks Theatre, and went to a bar next door that had food, beer, and a hodgepodge band playing in the middle of the afternoon. We had a beer before the musicians returned to the theatre. The rest of us decided we would be of no use in the theatre and returned to the bar. Celtic Crossroads opened it's doors around 6:30 and was about ten tickets shy of a sellout. There were friends and fans and a ton of seniors that gave the impression that they attend any event held in the theatre. I only mention the seniors because the bar where we had been drinking had a hip-hop show, so you can imagine the hilarity of the culture clash during intermission as 70 year old white women spilled onto the side walk with 20-something Samoan, Filipino, Latino and African-American kids. Oh, and there was a mobile tattoo bus in front. I loved it.

Anyway, back to the show. The idea was to have the three performers from Ireland and Scotland play some original songs, a couple traditional songs, and some big group cover songs. I was plenty entertained and I was impressed by all of the musicians on stage. Admittedly, I heard three ladies leave at intermission because they wanted traditional songs, which by their book probably meant 6 different renditions of "Danny Boy", but the rest of the audience seemed happy throughout the show, though I'm not sure David Lally really assessed the crowd before attempting a singalong to Little Lion Man by Mumford and Sons. 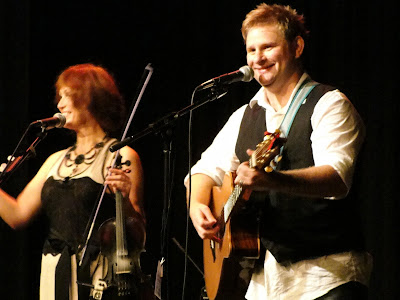 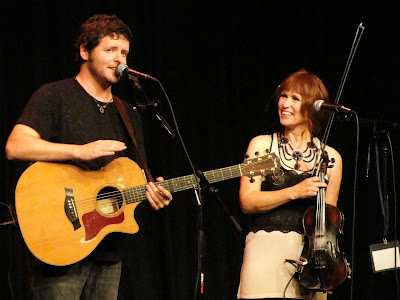 Here's a playlist of some of the night's music:


After the show, we went to Davina's Cabo Lounge...we were about 18 people...so getting tables was complicated but once we did, we had a fun time though we were obviously fish out of water. At the end of the night, I stayed with Colin and Fiona and we rehashed the night till about 4 in the morning until I retired to their guest bedroom. When we all awoke and showered and such, they took me home to let Pascha out and we headed over to West Coast Tavern for Resurrection Brunch with Robin Roth.

Let me say this very clearly. Do not ever attempt to go drink for drink with a Scotsman. You will lose. Colin's friend Alan joined us and we ended up spending the entire afternoon at WCT talking about music and Alan's colorful history in music. When we were finally done there five hours later, we went to Bar Pink, and when we were done there, we went to the Casbah. Someone should've put a fork in me at that point, but I continued on to see Tune-Yards at Soda Bar and then hung out with my neighbors after I got home. I suppose sometimes you have to let go and that I did for sure, and came out on the other side with some great friends and great memories. 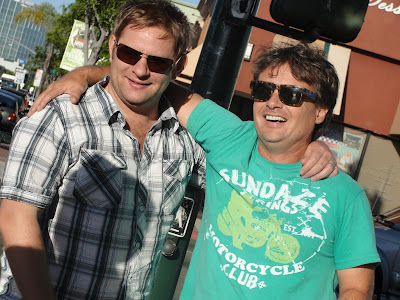