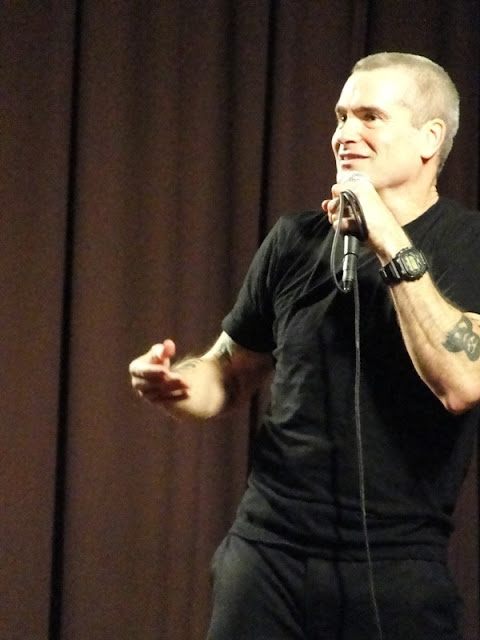 On Saturday night, the Casbah presented a show at the San Diego Woman's Club with Henry Rollins.  Whenever we have outside events, I usually help work the door, and this was no exception. What made it really easy was that the 400 capacity show was sold out, so it was just a matter of ripping tickets and Barb checking names off will call.  There were people waiting in line as early as 3pm for the show, though we didn't open doors until a little after 6.
You can read all about it and see more photos after the jump.


I recruited Chase to do merch, so we picked up some food and arrived at the venue a little early so we could eat before the show. We walked in through the back, and Henry and his manager were just behind us. This was probably my one chance to say something to Henry, or shake his hand, or ask for a photo, or whatever, but I chickened out, just like I did when I saw him at Comic-Con a few years ago. Everyone has their own constructs of sexiness, and for me, Henry's obviously a good looking guy, but he's one of those people whose brain is always working overtime. There are not many people who can speak for three hours straight, without notes or teleprompters, and make it feel like the first time they've said any of it. Henry Rollins sells out rooms because it is phenomenal and awe inspiring that someone can be so interesting for three straight hours. I can't stand myself after five minutes (or two paragraphs, for that matter). So yeah, Henry Rollins has long been up there on my uh, what do you call that? A bucket list? A celebrity wishlist? I have no idea. But he does it for me.

So what did he talk about for THREE HOURS? Everything. The last time I saw him live, I believe it was almost ten years ago. Dubya was president, 9/11 had already happened, and we were declaring war on everyone. Easy fodder for comedians and spoken word, and Henry was quite angry and political. This time around, all of these years later, and Rollins spent some time talking about politics, but not much. He was especially funny when talking about Ron Paul ("he needs a tailor. His jacket always looks like it still has the hangar in it, like it's a big wave coming over the back of him ready to crush him") and Mitt Romney ("Imagine everything he says as if someone is holding a gun up to him, then he makes so much more sense.") The rest of the time, however, he mostly talked about travelling- the experiences, the people he's met, the food he ate, and all of the great, sad, and funny things that can happen when you travel to places like Cuba, Africa, North Korea and more.

Since we filed everyone into the show relatively quickly, I had the opportunity to watch a lot of the show. See the many faces of Henry Rollins below. 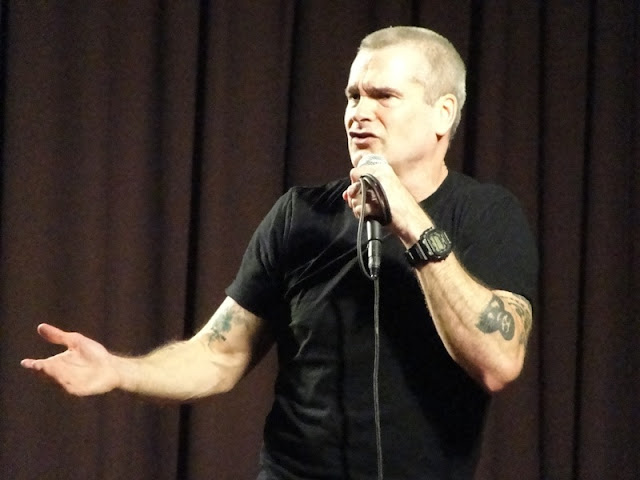 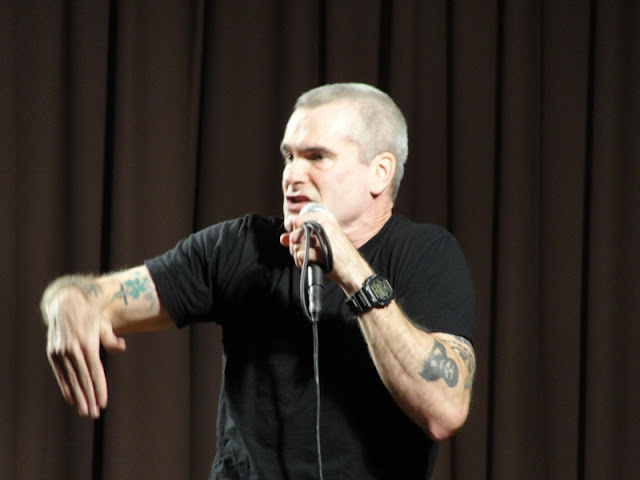 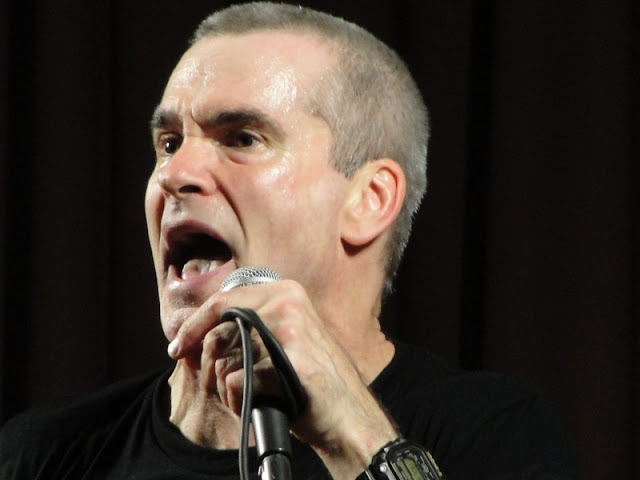 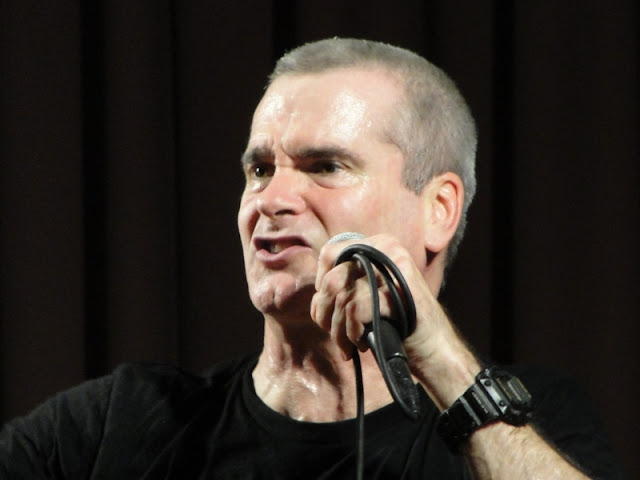 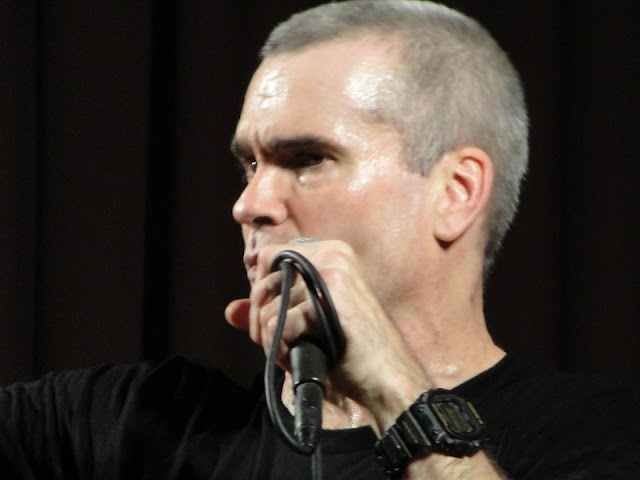 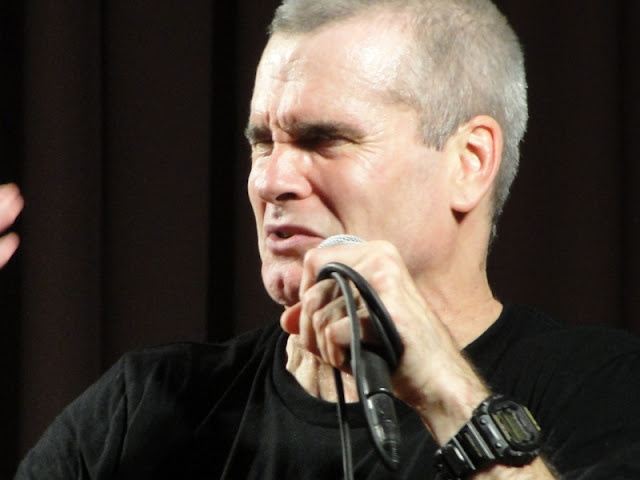 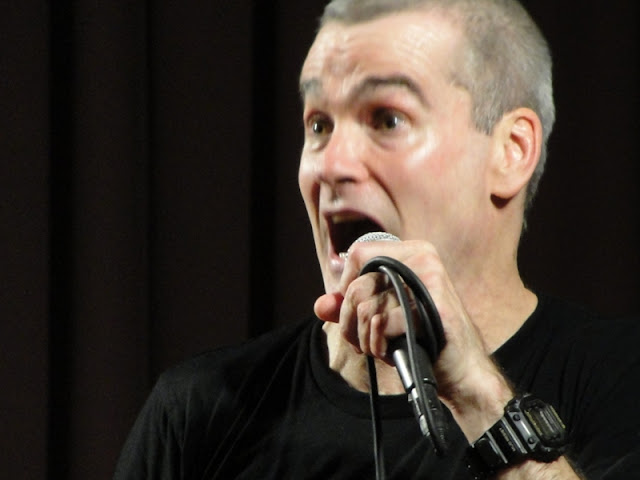