The Polyphonic Spree at the House of Blues, 4.1.12 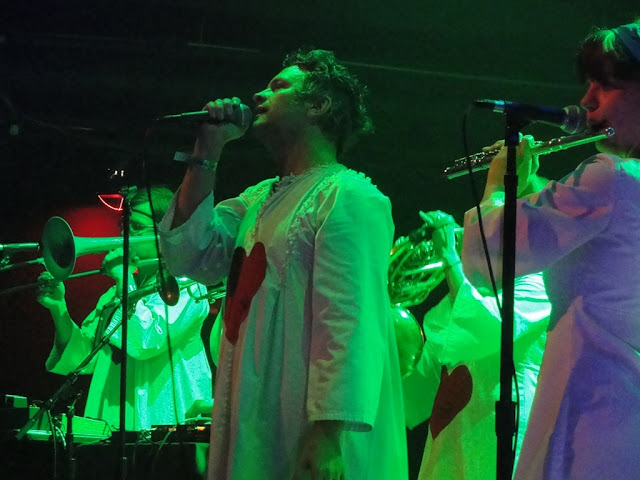 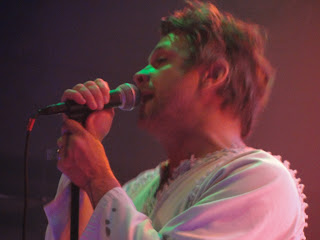 On Sunday night, The Polyphonic Spree performed at the House of Blues. Photos, video, and text after the jump.

I know that it always seems like I'm complaining these days, and I haven't been very diligent about sharing shows with you after they've happened, which is funny because I've actually been better about uploading my videos (and trying to label them, too) on my YouTube channel, but sometimes I forget to bring those playlists over here.

Anyway, after my grumpy Sunday, Chase and I went to run errands, and by errands, I mean picking up some grocery staples and toilet paper. Like it or not, Walmart on Aero is closeby. Believe me, if you want to feel you're at a low in life, eat at the McDonald's inside a Walmart. I'm not proud. Anyway, Chase decided he didn't want to go to the show with me, so after lazing around my house, I was almost tempted to just skip the night, even after I gushed about how I'd never miss The Polyphonic Spree again. 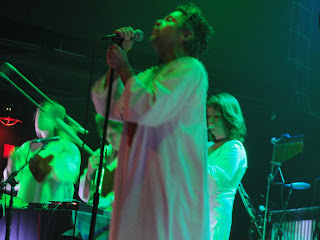 After a few texts and no interest from friends, I decided I'd send a final tweet to see if anyone wanted to go with me, when Daye Salani said he would. Bonus! I can't remember the last time we went to a show together.

We arrived at the House of Blues during the opener, Sweet Lee Morrow. I was supposed to have a photo pass, but instead we were given these aftershow passes. Thinking this was an upgrade, I didn't bother contacting the tour manager to get the proper photo credential. Looking at these photos, I really wish I had. (You can see the rest of my photos on Facebook.) 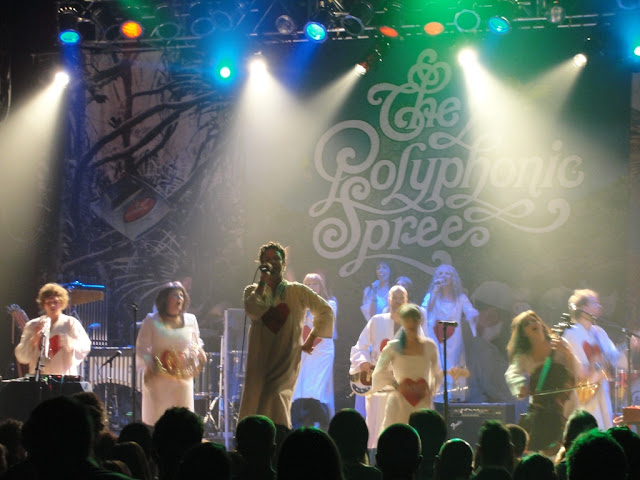 After Sweet Lee Morrow (who also plays keys for The Spree), New Fumes played a set. It was one guy with some guitar, some keys, a mask, visual projections, and a whole lot of noise. When he actually had lyrics and sang it was kinda cool, but I'm over the whole kneeling down to play with the knobs on your distortion pedals almost as much as I'm over DJs with laptops being called "a show".

By the time Polyphonic Spree came onstage at 10pm, I was ready to be washed over in their show, and I was. The more and more shows I go to, the more rare it is to really feel emotionally vulnerable and connected to the performance on stage, especially when it's a band that I'm not necessarily devoted to. I have two of the old records but probably haven't listened to those CDs in over 4 or 5 years. I suppose it was kinda religious in that I felt moved and uplifted and forgot about the bullshit in my life for at least the duration of the show.

I loved the show and I know it is the goal of a band and a venue to play appropriately sized rooms to a full crowd, this very underattended show actually made me happy because it meant that everyone there was an actual fan (i.e. no douchebags) and there was room to move around the room to get different perspectives on the 17 people on stage. After the show, Daye, Tim Pyles and I were chatting with frontman Tim DeLaughter and he acknowledged that the hiatus was too long and he understood that they are essentially starting all over again in a music market that is radically different now than even just the last time they toured. But with Good Records back in focus and The Polyphonic Spree playing the new game, with plans of just releasing singles on vinyl and digital platforms, I don't see any reason why the band cannot reclaim their place in today's indie music elite. 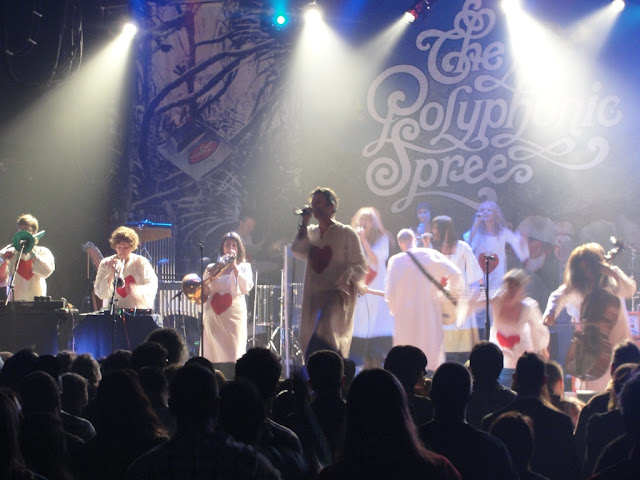 I shot 5 videos on this night, however "Hold Me Now" is just a clip and "Light & Day"turned into a 17 minute epic, so YouTube rejected it because of the length. Here is the playlist of the videos I could post. You can watch them in HD if you take the time to load them.

Email ThisBlogThis!Share to TwitterShare to FacebookShare to Pinterest
Labels: House of Blues, the polyphonic spree, video