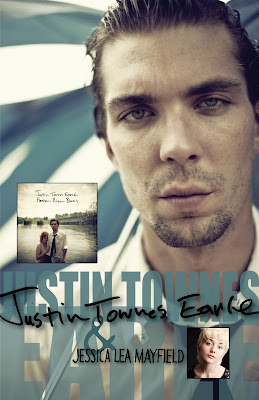 A few people have asked me why the Justin Townes Earle show was canceled at the Casbah and so I thought I'd share the information that I was given. Below is the press release from his publicist, Sacks & Co.

Justin Townes Earle has decided to suspend the remaining dates on his tour and enter a rehabilitation facility. Earle is strongly committed to confronting his on-going struggle with addiction and thanks his family, friends and fans for their
continued support through this difficult time.

In regards to the misdemeanor charges recently filed in Indianapolis, Earle released the following statement earlier this week: “Unfortunately, reports surfacing online about the incident in Indianapolis are not accurate. I have been advised by counsel that I should not comment on a pending criminal matter, but suffice to say that I am looking forward to having my day in court. I would also like to say that I oppose violence against women in any form.”

Earle looks forward to resuming the tour in support of his critically acclaimed third album, Harlem River Blues, on independent record label Bloodshot Records. The album enters this week at #47 on the Top 200 in overall Soundscan.

Naturally, after reading the release, I was curious and had to find out more information about the incident leading to his arrest. I spent a couple hours reading articles, reviews, blog posts, facebook comments, and tweets, and was fascinated by all sides of the story. You can read what went down via Pollstar and My Kentucky Blog (I recommend reading through all of the comments, too.)

Obviously without being there, I can't speak to this incident, however I have some things to say about it. First, nothing justifies hitting a woman, so if that happened it should be dealt with appropriately, obviously. Reading about this incident made me think back to when Evan Dando choked me nearly 15 years ago. Because of mutual friends at Taang!, we've hung out a few times since then. I've seen him in amazing form and I've seen him drugged out beyond all recognition and it's terrible seeing an idol fall. The last time I saw Evan, I was sure he'd be dead within a year. Apparently JTE has a history of alcohol abuse and I hope that he is successful in his rehab because his music is amazing and it would be tragic if he can't overcome his issues.

Second, the crowd sounds like a bunch of dicks. Nothing makes me more crazy than the one or two or five people at a show that have to open their mouths. A concert is not a time to have a dialogue with a band; I even find song requests annoying unless they're solicited from the artist. And for the moron who yelled "Freebird", as some piece of shit usually does at every show, someone should've punched you in the nuts. I've been to some amazing shows, especially lately, and this attitude that "I paid for the ticket" somehow justifies acting like an asshole is beyond me. I love for people to support live music, but if you're that Freebird prick, or the guy who tries to make everyone else around him dance, or the high-fiving beer-cheersing fist-pumper who thinks the show is all about your enjoyment at the expense of the people around you, do us all a favor and stay home.

I hope that Justin Townes Earle gets the help he needs and can get back on the road soon. The Casbah has been assured that after rehab, the full tour will be rescheduled, so it's just a matter of time and healing, and I imagine the legal issues need to be dealt with as well. In the meantime, tickets will be refunded directly to the credit card accounts from which they were purchased.
Posted by Rosemary Bystrak at Monday, September 27, 2010