AA Bondy: A Rider With A Sense of Humor 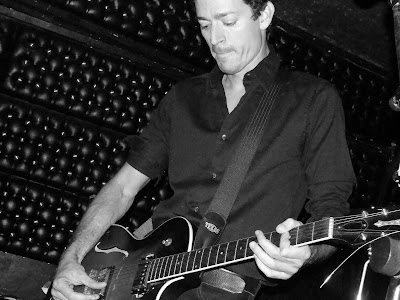 I haven't had the chance to even look at my video from AA Bondy, but I'll tell you that I didn't take very many photos. I was next to O and he was getting some great shots, but it felt a little paparazzi style with about 10 people all shooting photos (especially because the lights were so low there was a whole bunch of flash.

The show was as great as I expected it would be and JBM absolutely won over the entire crowd who stood silent for all of his set. Unfortunately I missed Aaron Swanton because I was meeting with my cohorts from SoundDiego but I've seen him before and know how great his solo music is.

I did take one photo at the end of the night that I loved. For the uninitiated, a "rider" is the list of things a band includes in their contract for a show...added value perks, if you will. For giant touring bands this usually includes quite extensive requests with anything from specific foods, alcohol, water, snacks, and sometimes things like "Hane's mens t-shirt pack of 3 size Medium". If you didn't see it on Twitter last night, I had to take a photo of AA Bondy's rider. 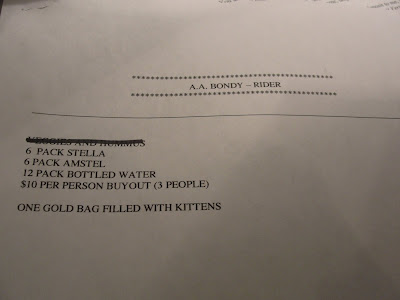