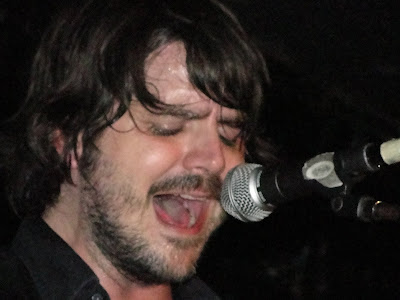 Two Sundays ago, after the Crowded House show, Daye and I left Humphrey's and he dropped me off at the Casbah for Cary Brothers. It seemed strange to me that I've never seen him live because he's the creative force behind the Hotel Cafe tour and he's buddies with a few people I know. And, of course, because I'm a fan of his voice and have been for some time now. The opener was Harper Blynn who also acted as his backing band during his set, so unfortunately for me, he started a bit before 11 so I walked in as he was already playing, but I still got to catch a fair amount of his performance. There weren't a lot of people at the show, sadly, but a few who were there were hammered. It was a talky talk night and I could see Cary visible annoyed with the chatter, especially when he was left onstage by himself for a couple of songs, but he still gave a full set and played it with heart.

After the show I chatted with him for a while at the bar. We talked about the tour and how he'd played in LA the night before and I think he said he sold out the Troubadour, but I could be mistaken. He said that he had several fans from San Diego at the LA show. Apparently the Casbah date was tacked on to the tour later in the planning, so they didn't promote heavily down here because the LA show had been touted as his homecoming and final date of the tour. We also talked about Greg Laswell and Cary clarified that Greg and Ingrid Michaelson are NOT married, but engaged, but that he chose to wear an engagement ring while on tour out of respect for their relationship. 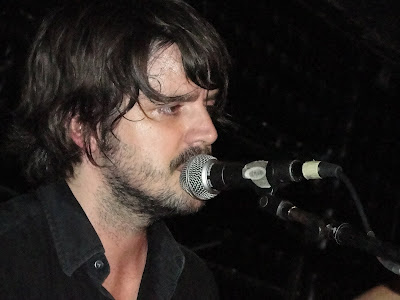 We moved the conversation to the smoking patio where the drunk girls gushed and told him how much they loved him and they hoped they weren't too loud. He let them know that they were but he was so nice about it, I think he called it "enthusiasm" instead of "dumb bitches who won't shut their fucking mouths". And that's his way. He was kind and gracious and happy to be at the Casbah. 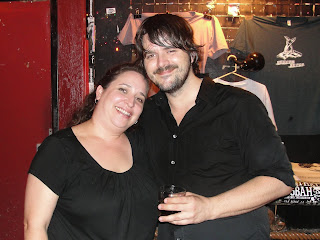 I took these videos of the performance, but as you can see, the lights were low so I didn't get much in the way of photos. At the end of the set I left to refill my drink and I thought he said "this is an REM cover" but it turns out it was the Ryan Adams cover, so that's why I only got part of the song...I raced back over to get the camera on as quickly as I could. It sounds different with a few lyrics switched up, but Cary told me that the version he plays was from an early demo of the song, not from the final Heartbreaker version. I'm not sure which is better, but I'm glad I can watch this video over and over and over again because I LOVE the song and love what Cary Brothers did with it. Cannot wait to see him again.