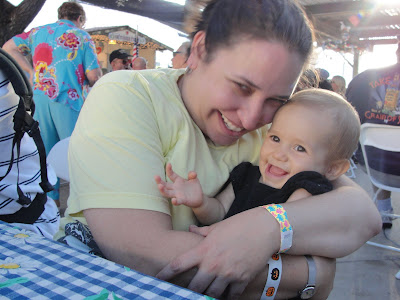 Today my youngest niece turns one. Nadia Sabella is a funny little girl...she's tiny but she grunts if you pull food away from her and she's quite an adventurous eater. I was joking last week that I'm going to start a blog for her called "Nadia Likes It" because while her older sister Johanna, now 3, pretty much turns away all food (as my sister did when she was young), Nadia will try anything on the tip of a fork (much like I did as a kid and still do). 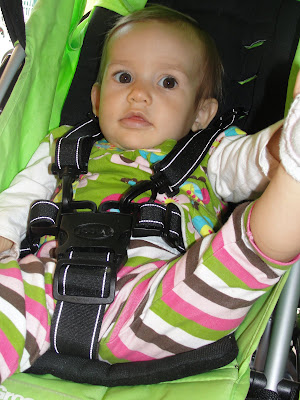 At Oktoberfest she downed a healthy serving of German potato salad that even some of the adults didn't like (because of the vinegar instead of mayonaise).

Nadia is a tiny girl, only 16 pounds at a year old, but Johanna was the same. With doctors saying the girls were 'barely thriving', they are fed a healthy diet and for the most part they've always been fed natural homemade baby foods instead of store bought processed stuff...so maybe they're "normal" and the rest of us are just the fatties.

Either way, it's amazing how at just a year a baby can have such a personality. Johanna was and is more demanding and outspoken. She knows what she wants and when she wants it. She's a very determined child and can't be tricked very easily. 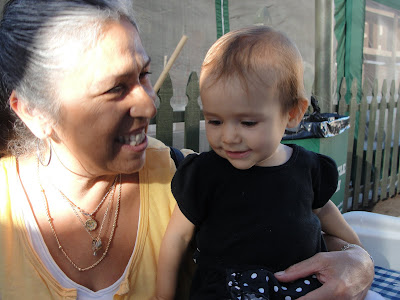 Nadia on the other hand is just this chill little girl. She's really observant (as I suppose all babies are when they can't talk), but she's super mellow. In fact, she really only cries when the food runs out. She's a trooper, too. They spend all morning Saturday at Sea World and all afternoon at Oktoberfest without so much as a fuss. It might be early to tell, but whereas Johanna will probably be an athlete of some sort, I feel like Nadia will be the artistic musician or writer in the family. Maybe it's the libra in her. I will enjoy watching who she becomes and will love her no matter what.
Posted by Rosemary Bystrak at Tuesday, October 05, 2010