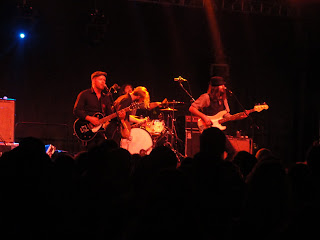 Over the weekend, San Diego experienced the first annual (as it is definitely going to continue) Rocktoberfest. Put together by the great minds at FM 94/9, West Coast Tavern, and the Casbah, the event had a strong turnout for what was a pretty gloomy day. The event started at 11 (!!!) and as I understand was lightly attended earlier in the daytime, but by the time I arrived around 4 pm a good crowd has assembled to enjoy the bands split among two stages. It was nice being able to enjoy the day without worries of being too far from home and I definitely look forward to more events like this, put together by local businesses whose interest is in providing a great experience for the community. It really is days like this that you appreciate the amazing community we do have. Everywhere I went I ran into old friends and it was really nice to catch up with so many people, like Tom and Paul from Dynamite Walls (who are really funny with a couple beers and no sleep). 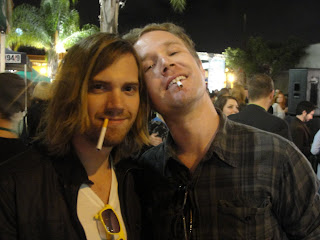 My friend Ryan was one of the beermeister's for the night and I hardly recognized him in his getup (and through my beer goggles). I have to say I was proud that I mostly avoided twitter and though I could've taken more pictures, this event felt more about being in the moment and enjoying what North Park and San Diego have to offer. And though I'm biased (since I have close ties to both the Casbah and West Coast Tavern), I'd say it was a pretty incredible night for the inaugural year. I'm not without feedback (like it probably doesn't need to be a twelve hour event), but feedback is part of what I do. If you have comments, good or bad, feel free to leave them in the comments or shoot me an email and I will see to it that your opinions are heard. 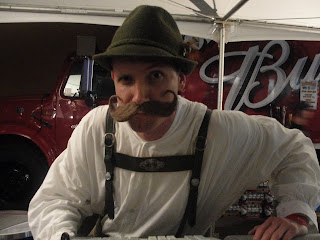 As for the music, I caught Cash'd Out, Fitz & The Tantrums, Get Back Loretta, and The Silent Comedy and I was especially impressed by the amount of people who were unfamiliar with some or all of the bands who participated anyway. I saw a lot of merch being sold and it was another chance for people to see what kind of amazing talent we have in this city.

I'm sorry that I missed the earlier acts, like Little Hurricane, The Styletones, and the Midnight Rivals, but believe me, I didn't need an extra 3 hours of beer drinking, and I was able to catch Midnight Rivals later that night at Eleven. 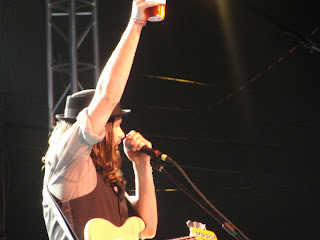 As I said, my camera was mostly in my purse the duration of the night, but I did grab some video of Fitz because I never quite pull it off at the Casbah when they play. Here are three videos from the band, and if you didn't see my post last week, make sure you watch the band's episode on Live From Daryl's House.

Email ThisBlogThis!Share to TwitterShare to FacebookShare to Pinterest
Labels: casbah, cash'd out, fitz and the tantrums, FM 94/9, get back loretta, rocktoberfest, the silent comedy, west coast tavern

fitz is so good live. seriously sad i missed this show.