Things To Do In San Diego: Weekend Family Fun 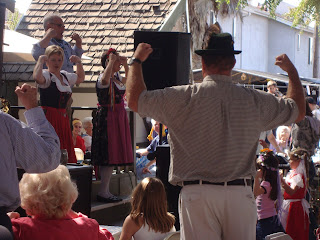 My sister, as a mother of two, has this wonderful talent for finding all kinds of free/cheap things for families to do. I often cover street fairs and such, but I've been trying to recruit her to post about the events she finds. I told her I'd do a quick post this week and hopefully can let her take the reins on it in the future. We plan on being at the GAS Oktoberfest tomorrow after 4pm with the kiddos if anyone would like to come out and join us.

Email ThisBlogThis!Share to TwitterShare to FacebookShare to Pinterest
Labels: family, san diego events, things to do in san diego