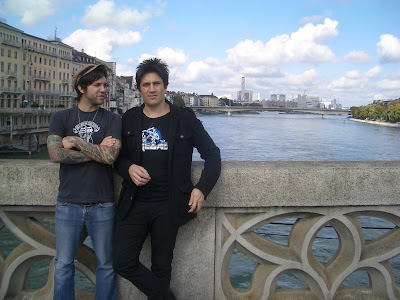 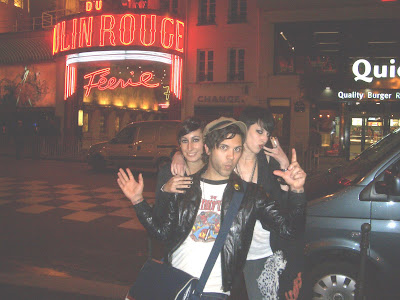 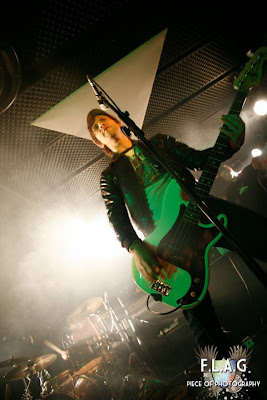 Greetings brothers and sisters from Weisbaden, Germany. Its like 6 am and I have insomnia.
If you're just joining me, I am playing bass for a band called Fenix TX and am in Europe for the month of October. My good friend Rosey asked me to check in from time to time, so here we are.
Tour is going great so far, having the proverbial "time of my life"....but then again every tour is the time of your life (if it's not then you need to get out of music) so the fact that it's overseas is just the icing on the whiskey soaked cake. I digress....
So far its been about a week on the road and we've covered Switzerland, France and now Germany. We arent kidding around with this routing. Rather than try and recap everything play by play style, I'm just going to spout off random stuff as it comes to me.
- Switzerland is by far the most beautiful place i have seen. It doesnt look real, I felt like I was at Disneyland or something when I was walking around in it.
-So far the cutest girls were in France, but they were also the craziest.
-Speaking of France, the whole notion of the French hating Americans and everything American was totally non existant at least to me while I was there.....if that is the case, then they're doing a great job fooling me. Put it this way, when the French opening band is covering "Tick-Tock" by Ke$ha and are all wearing Hurley, DC, and American Eagle AND singing their own songs in English AND the crowd is going nuts over it all while looking like they just came from Orange County, well....you get the idea. The French kids love America, and they were great to us. I'm putting this whole "French people suck" thing to bed right now, it's officially over. French kids rule.
-The Eiffel Tower is huge. Stupidly huge. Yea, I'm a tourist, suck it, I went.
-The food in France sucks ass. Sorry, I'm just sayin. Now, I did not go to any fancy restaurants this is true, but I'm playing a punk rock tour here, we're not exactly fine dining our way to salvation on this trip. Any food reference I make is going to be in the context of street food, local stuff, cheap stuff. On that note, the food in Switzerland is AMAZING, especially any bread product...so good. Cured meats and cheeses for days, which to me is all you really need. Havent really eaten much in Germany yet so I'll wait on that.
- We have a huge Swiss-German stage tech named Lars who likes to sing Mary Poppins songs on the drives and could also probably end your life with one punch. Awesome.
-I want to get tattooed at some point over here, so if any of you know a good tattoo artist in Germany or the UK hit me up ! aaronthompson01@gmail.com
-Our sprinter we're traveling in is a Benz, just saying.
-In France , both shows we played were on a boat. I guess its the new thing to take these old ships and convert them to rock clubs.....Kinda cool to be playing and look out the portal window on stage and see the water line at eye level. Also kind of cool to have everything swaying and moving while you play. It's the little things, boys and girls, the little things.
Posted by Aaron Thompson at Wednesday, October 06, 2010