From The Archives: Transfer at the Cosmopolitan, Las Vegas, March 25, 2011

Since Transfer has their HUGE homecoming show tonight at the Belly Up, and since I found the start of an entry that I never posted from way back in March, and because I have nothing but love for the guys and wish I could be there tonight, and since I'm going back to the Cosmopolitan this weekend, I thought I'd post a couple videos from that amazing trip to Vegas and that lost blog post that I recently discovered in my email from March 27, 2011.

When we heard that Transfer would be returning from their European tour with a 4 day stint in Vegas, I didn't really consider going. Jeff did, however, and got a room at the Trump on Priceline, and yesterday we made the 6 or so hour drive out. I kinda forgot how nuts Vegas is for March Madness. At the moment I'm sitting in the Triple 7 Brewpub at Main Street Station in downtown. The brewmaster's special beer is a tasty Irish Stout. 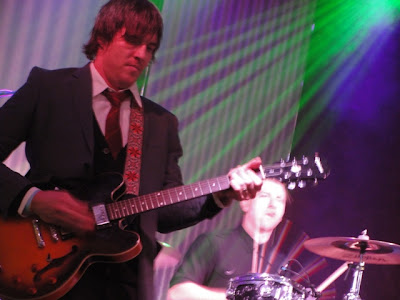 This city is always insane. The Cosmopolitan opened in December and is pretty swanky; you know that from the first contact at the valet. At the same time, it wasn't tacky and not outrageously expensive either. After checking in at Trump, we hurried to the casino to attempt to catch Matty singing the national anthem for a boxing match in the casino. Unfortunately it ended up not being broadcast, but apparently Cooker shot video, so I'll post it when available. 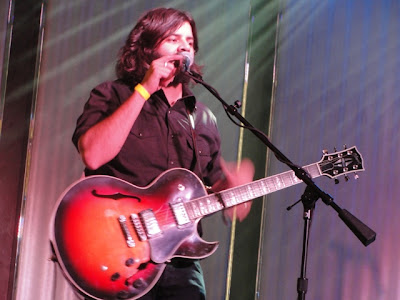 Instead, we went upstairs to find something to eat. None of the restaurants had enough variety for the polar opposite diets that we have, so we had the buffet. The place is called The Wicked Spoon and it was amazeballs. For $29, it wasn't cheap but had tons of options including several pretossed salads, a mac n cheese bar, a rotisserie area, Italian and Asian sections and the most insane dessert bar I've ever seen, I highly recommend checking it out. They had a sections devoted entirely to fudge, chocolate dipped fruit (and even chocolate dipped candy bars!!) and gelato. 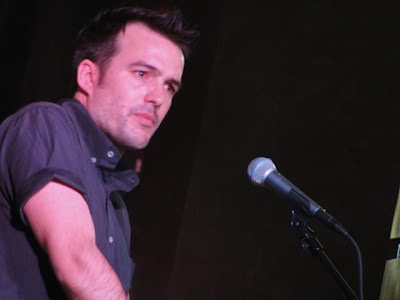 After stuffing our faces, Jeff watched the game as I played video poker. I hung in for awhile, getting a couple 4 of a kinds and a straight flush, but when some chick sat next to me and hit a royal within 3 minutes, I walked away. 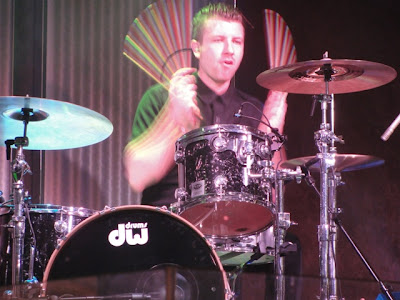 We sat in Stage & Book until Transfer started. It's pretty unique to have a stage behind the bar of a casino lounge hosting new music...traditionally these spaces have a cheesy cover band playing hits from the 80s and 90s, so it's definitely a cool thing. Apparently they've hosted some great bands...BRMC and Florence & The Machine to name a couple, and they have Tennis and Kisses coming in the future. They book themas 4 night residencies and man, I'd love to send some bands to play there.

Instead of really adding too much to that four and a half months later, I'll say that the weekend was crazy. We watched both sets on Friday, and so many people were out from San Diego. At one point we were in an amazing suite overlooking the pool as Girl Talk performed. We ate well, drank well, and of course, got our fix of the band we love so much. In the time since then, The Nervous Wreckords and The Silent Comedy have also played there, and like I said, I'll be going out this weekend to catch up with Other Lives, one of my favorite discoveries this year. I'll also say there was some crazy stuff that happened that weekend, like karaoke at Dino's with Fiddy and a couple members of The Killers, and I learned not to walk Las Vegas Blvd at 4 am because you will get solicitations, even if you're in a hoodie and jeans.
Anyway, here are the videos from that weekend. Watch them AFTER you get home from the Belly Up or you're gonna miss the openers.