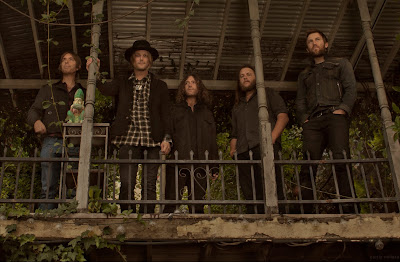 I briefly mentioned in my Portugal.The Man post that Alberta Cross is kicking off a residency at the Casbah, but just to reiterate, Alberta Cross will be at the Casbah for the next four Wednesdays. This is the first year that the Casbah has done these and they were successful with Young The Giant, The Chris Robinson Brotherhood, and Everest, and I expect nothing less from Alberta Cross. The Casbah will be running weekly password promotions through Twitter and Facebook that will get you into the shows for $5 at the door (instead of $8). This week, say the name of the band's new single "Money For The Weekend", and save $3.

Check out a Ketel One promo video with "Money For The Weekend", then plan on seeing Alberta Cross on August 3, 10, 17, and 24 at the Casbah.