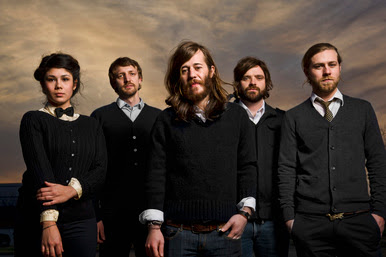 I know, I know, these shows both sold out in less than an hour combined, but let me let you in on a little secret (for those of you who might not already know this). When big bands tour, generally a certain number of tickets are set aside for each show among the promoter, the venue, and the bands performing. Sometimes it's just a few, sometimes it's hundreds (which major acts like Bon Jovi and Britney Spears then resell at ridonkulous prices for profits to secondary ticketers like StubHub). I don't know how Bon Iver and Other Lives fare in this, but with every other show I've been to at Spreckels, "production holds" and "obstructed view" seats have been released at noon the day of the show. I believe some tickets for Friday might have actually been released today, but you might wanna try the box office tomorrow or Saturday if you're looking for tickets to either show.

But what I really want to tell you is that if you already have tickets, don't casually show up to the show when you think Bon Iver is gonna start because you DO NOT WANT to miss Other Lives. The blew everyone away that was in the room when they played the Soda Bar earlier this year, then again at the Casbah, and I even went out to Vegas to see them during their residency at the Cosmopolitan. Trust me.