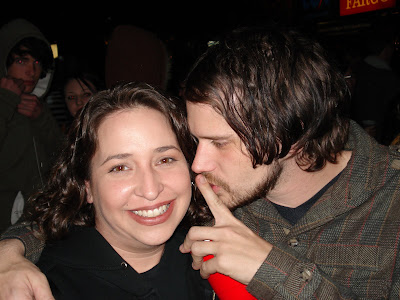 I'm really excited about Saturday's Rumble, but before I hit Bar Pink, I'll be at the sweatbox known as Soma for Silversun Pickups, Everest, and The Henry Clay People.

I've seen all three bands, SSPU and THCP several times, and this is a stellar lineup. Plan on getting there early and staying through all three bands' sets. I have a plus one if anyone wants to go with me. I wish I had more to say about the show, but at this point you've already bought your tickets or are refusing because you hate Soma, so I doubt I'll really change any minds today. Still, I think this is gonna be one of my favorite shows this summer.

This is a recent video I shot of Everest, when they opened for The Whigs at the Belly Up.


This is a really old (and dimly lit) video I shot, pre-HD camera, of The Henry Clay People playing at the Casbah. I seriously love these guys and hope you make a point to see them. And don't tell anyone that I told you, but they have a headlining gig at the Casbah on September 11. I'll be adding that to the calendar soon.