Perhaps you picked up this week's CityBeat and saw the program for the North Park Music Thing? Perhaps you noticed that I produced a stage at Eleven with my SoundDiego friends as sponsors? I've been talking about it for a while now and if you've followed my Facebook and Tweets, you know that things are never easy when it comes to booking. 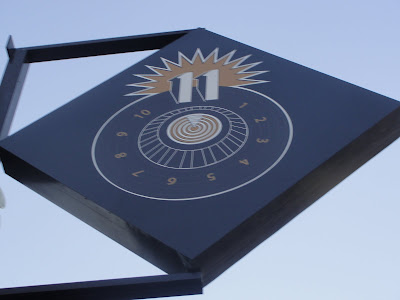 My finalized lineup is as follows:

I just wanted to take the opportunity to explain why my lineup changed. Holy Rolling Empire's guitarist Ian had to cancel as he's under doctors orders not to do much of anything after an injury. He's been off his feet for over a month and while he'll be okay, in order for him to heal properly, he has not been able to play at all. It was disappointing to all of us, but The Kabbs stepped up and will be filling the slot they left vacant.

This week I also found out that d/wolves would not be allowed to play because Eleven's new Entertainment license doesn't allow for underage performers, or if it does, it needs to be clarified by the issuing agency and the new owners just aren't willing to take a chance the day after opening. I love these kids and you can catch them tonight at Soda Bar, or on Saturday night at the SESAC showcase, also at the Soda Bar. Itai Faierman of The Mashtis will be filling the slot they left vacant.

The bands and I got together and decided to make Eleven your one destination for the night, so we encourage everyone to wear a costume for our Sci-Fi Prom. Anything that would work at Comic-con will work here. We'll have a photo booth and we expect it to be a great night.

Additionally, my bands all submitted some music for a compilation, which you can download for free via SoundCloud. I hope to see everyone this Friday night!