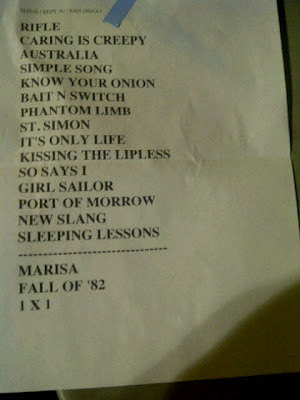 Last night I was treated to a great show featuring The Shins at the Open Air Theatre. It had been a long time since I even stepped foot on the SDSU campus, so it was interesting to see all of the construction and new structures around the OAT and Aztec Center. Unfortunately, if you bought your ticket through Gilt City or were on Will Call through LiveNation, Ticketmaster, or band guest list, the TWO windows they had open were nightmarishly slow and you had to guess which line was the correct one for your tickets. We guessed wrong and wasted 10 minutes in the wrong line before waiting another 25 minutes in the other, even though we pulled the punishable-by-public-scorn move of the chat & cut with Dave, who was closer to the front of the line. All this to say that (1), we'll avoid Gilt City at all costs in the future and (2), we completely missed Washed Out open the show.

That's enough whining though, so I'll skip my general annoyance at big shows and the kids in front of us because then I'm just a get-off-my-lawn crankasaurus and overall the show was pretty awesome and our seats were ideal-- center stage and 6 rows back in the terrace, which put us just about eye level with the stage. 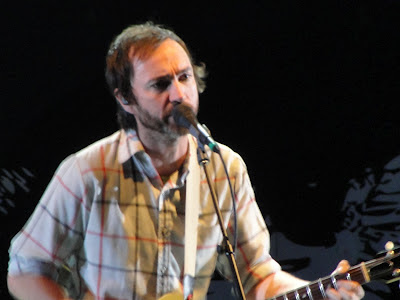 I shot some photos and video from our seats, so though they're pretty unstabilized, they came out okay, so in the playlist below you can see Phantom Limb, Girl Sailor, Sleeping Lessons, Marisa, Fall of '82, and One By One All Day. I made the playlist slightly out of order because New Slang was easily my favorite of the night, so that one will play first. My photos aren't too great, either, so here are a couple, but you can see the rest on my Facebook page. 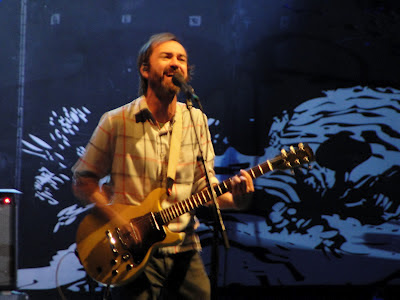