Next Week Terraplane Sun @ Belly Up 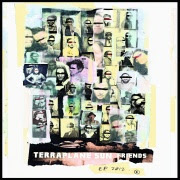 Terraplane Sun are releasing a new EP entitled Friends and are celebrating the release at the Belly Up Thursday, October 18, with Del Sol Project and Loose Snakes.  The new release Friends produced by Dave Trumfio (Wilco, My Morning Jacket) features dance provoking crowd favorite "Get Me Golden," (listen below) which you may recognize from national television ads including 21 Jump Street, What To Expect When You're Expecting and MTV's Teen Wolf.  Terraplane Sun fine tuned the EP by having a residency at the Satellite in Los Angeles/Echo Park where they showed off their great psych-blues rock intensity.  The relationship between the band and the crowd fuels Terraplane Sun's performances, an energy that cannot be replicated in any other medium.  Get Your Tickets Early Here.