Geek Out: Comic-Con is Almost Here! 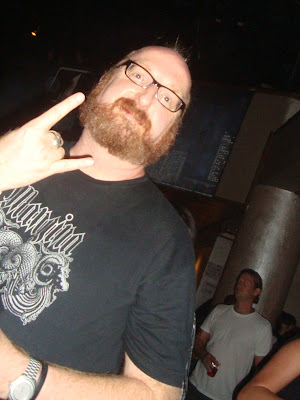 Last week I started to get more excited about Comic-Con (not to mention started this post, which I'm finally finishing now). As invitations for media only events rolled in and I started thinking I was going to have some VIP week, I was quickly brought back down to earth with the realization that my e-mail address is basically sold to all the Comic-con PR companies and usually an RSVP for a really cool event bounces back with a “and who are you?” Turns out, they don't really care if some local blogger covers their shit. Still, there's so much cool shit going on. If you're attending, you're probably already more aware than I am with all the happenings and buzz events. There’s not one specific thing I’m excited for this year, but as you can tell by my listings, there is so much going on that just the air feels electric around this time of year. 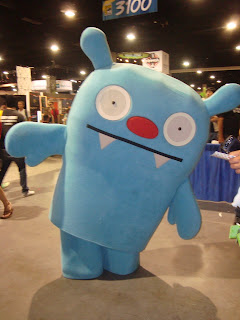 I’ve never braved the lines for panels, but this year I just might. Some of my favorite people are scheduled to appear or be in town like Joel McHale (Talk Soup, Community), Rob Corddry (Children’s Hospital), Michael Cera (Scott Pilgrim), and Chris Hardwick (@nerdist), not to mention most of the cast of True Blood. Plus the boys I met last year from Seattle are coming back down and they are much more in tune with the big deal stuff that happens at Con, so I’m looking forward to benefitting from their wisdom.

I’ve been trying to come up with a simple guide for Comic-con but it’s grown so expansive, I’ll just point out a few key guides and then suggest that you follow my Twitter List of Comic-con peeps.

Obviously, the main comic-con website is going to be the main site for all your panel information. Follow the official site in real time via twitter @Comic_con.

There are a lot of non-official comic-con sites and some of them kick ass. This one has a good event list and they can be followed in real time via twitter @SD_Comic_Con.

Last, the San Diego City Guide at Examiner.com has a great set of events. They have some of the meetups and tweetups that I skipped in my list, and has the RSVP links and more detail on events. Cynthia Adkins, the woman behind the list, should be followed on Twitter via @SDatLarge.

Finally, a few years ago, Daye introduced me to Craig Silke, who had been on the reality show "The Mole" and had told me that he'd started an agency, in fact, The Agency. They put together a fun little Comic-con Bingo card that you can print out and make a game of your people watching.

If you have suggestions to add to my twitter list or additional events, please leave them in the comments.
Posted by Rosemary Bystrak at Tuesday, July 20, 2010

Email ThisBlogThis!Share to TwitterShare to FacebookShare to Pinterest
Labels: acoustic music san diego, cci2010, comic con, sdcc, things to do, things to do in san diego