I Wanna Do Bad Things With You 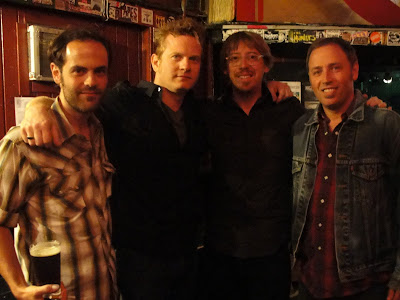 Sometimes plans just don't work out the way you want. And sometimes that ends up being a really good thing. It started with my laptop's AC adapter sparking. In my usual fashion, I tried denial as much as possible, then searched the web for a new cord, and then my dear friend Josh Damigo stepped up, not only taking me to Fry's, but buying the damn stupid cord for me. I had planned on seeing Bob Nanna at M-Theory, but by 7:30 it was too late, so I just had him drop me off at the Casbah. 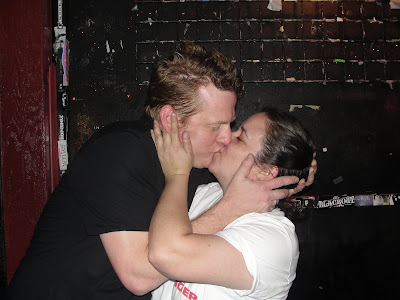 It was a good thing, too, because as luck would have it, Jace Everett wanted a merch person for the night. I played some pool with his friend Dan, had some cold beverages, and though there weren't a lot of people at the Casbah, it ended up being a magical night. Jace is easily my new favorite person- kind, funny, and he indulged me in some lip smacking fun. The night was perfect, Matt Haeck played an incredible set and I'll be sad to see him head back to Nashvill. Shaun Rohlf and the 7the Day Buskers brought great energy to the stage that made for the perfect lead in to Jace Everett, and Jace was just incredible. Truth be told, he was excited to be in San Diego and confessed to being drunk before playing (apparently to fend off unnecessary nervousness), and he hung out on the patio before and after his set, making some new fans along the way. Naturally, I was sad when the night ended, but here are some videos to have forever.