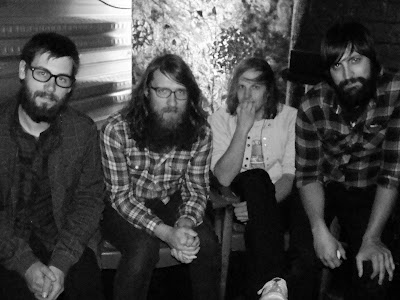 Chicago based indie rock band Maps & Atlases will be making their return visit to San Diego this Wednesday at the Middletown venue. It was only a few months ago when the band played the Casbah, but there are some noticeable differences this time. First and foremost, Maps & Atlases is headlining. Second, they are touring in support of their first full length, Perch Patchwork, which was recently released on Barsuck Records. This marks a turning point for the band, since being part of a dynamic indie label has resulted in a more pop oriented style, relying less on the so called math rock song structure. What remains are Dave Davidson's remarkable vocals and the band's intricate pop songs. This is truly a band where all parts work in unison while still maturing as a group. Be sure to cure the midweek blues and watch a confident band on the rise.

Cults and The Globes set the stage.

Watch a video of Pigeon below.

Email ThisBlogThis!Share to TwitterShare to FacebookShare to Pinterest
Labels: casbah, maps and atlases