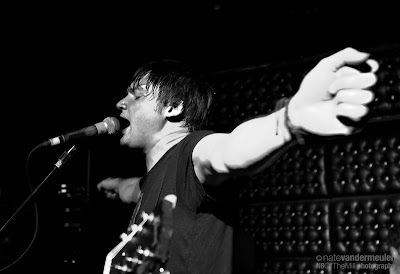 Last Thursday night the Casbah had its sound system put to the test by prog-rockers Trail of Dead and their high energy performance. Fellow Austin-based acts Follow That Bird and Ringo Deathstarr channeled their inner headbangers to warm up the stage. More after the jump.


Within the first seconds of Follow That Bird's opening set, it was obvious they came to let people know they ready they were to share a stage with the likes of Trail of Dead. Blonde pixie Lauren Green situated herself behind her guitar and mic stand, plugged in and immediately broke into riot grrrl-tinged wailing while drummer Tiffanie Lanmon kept the pace with her own vicious kit work and non-stop headbanging. Bassist Paul Brinkley played the part of calming element, keeping the girls on tempo with his tight bass lines. Following a relatively short set of two-minute burners, the girls were later hanging out in the corner giggling in excitement over the drink tickets they just found in their possession. You can take the punk out of the girl, but you can't take the girl out of the punk... 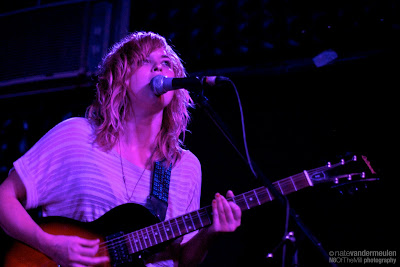 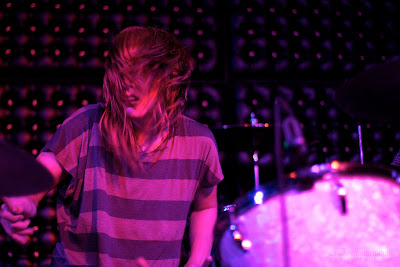 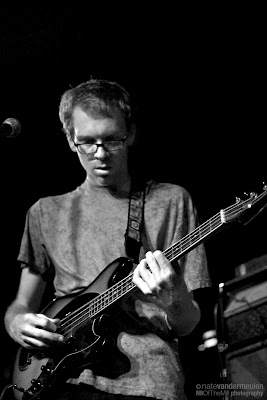 Where Follow That Bird left off with their on-stage energy, Ringo Deathstarr picked up with the volume (it took the opening chord for me to check that, yes- I did have earplugs in). The brain-shaking tones emanating from drummer Daniel Coborn and leggy bassist Alex Gehring's instruments combined with lead man Elliot Frazier's guitar and vocals into a sort of gothy shoegaze that, like Trail of Dead has perfected, started off slow and built up into a thrashing, throbbing finish. The initially tepid and decidedly pro-TOD crowd was very much into what this band had to offer by the time they unplugged and started packing up. 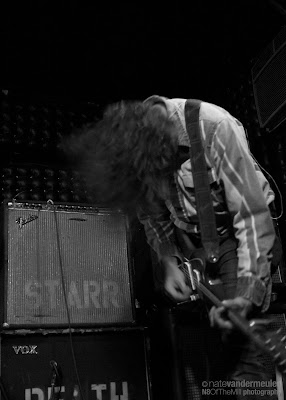 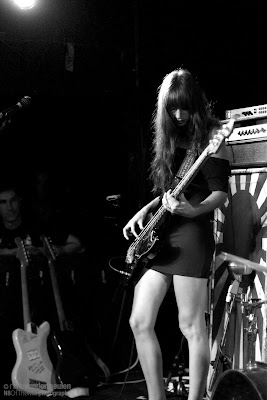 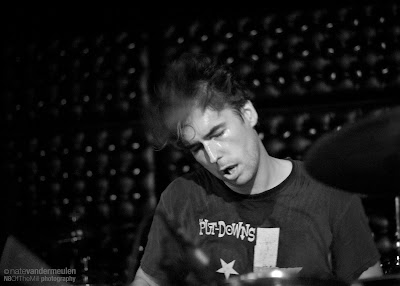 Having last seen Trail of Dead several years ago at HOB, I went into the show expecting possible eardrum hemorrhaging, likely equipment thrashing and definitely some incredible musicianship. While earplugs saved me from the first and maturity saved the band's gear from the second, the third came in spades. Touring in benefit of the recently released seventh full length album Tao Of The Dead, the band (back to playing a a quartet) played a full set of their wall busting prog rock, relying heavily on new material but also touching on songs from older albums. The show on stage was on par with the music as co-lead men Conrad Keely and Jason Reece traded off vocal and guitar duties while occasionally spending some time behind the kit while drummer Jamie Miller took a turn at guitar. As the constant shifting was happening on one end of the stage, bassist Autry Fulbright dominated his end for the entirety of the night. By the end of the show the sweaty mess of a crowd begged for just a few more songs, but after the near 90-minute set the band had left it all on stage, including multiple still-intact guitars and amps.

...And You Will Know Us by the Trail of Dead: 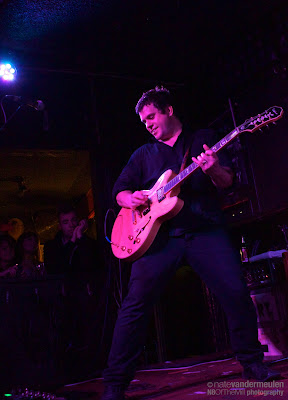 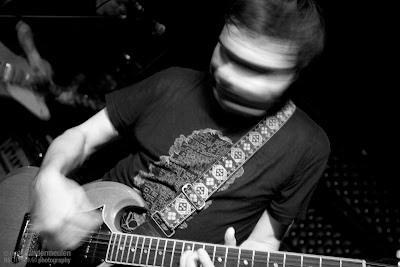 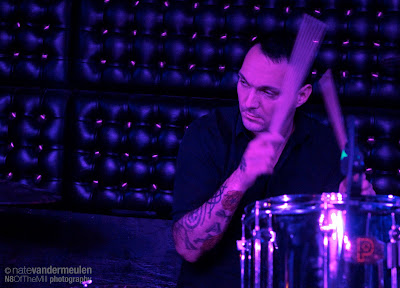 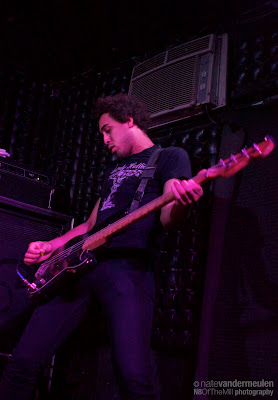 Email ThisBlogThis!Share to TwitterShare to FacebookShare to Pinterest
Labels: ...and you will know us by the trail of dead, casbah, follow that bird, Nate Vandermeulen, ringo blackstarr