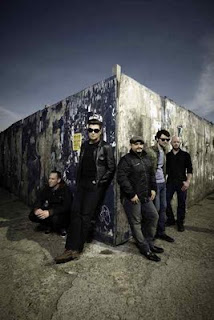 Photo Courtesy of Warner Bros Records
I go way back with Taking Back Sunday. A lot of Millennials can say the same thing about this band whose music provided the soundtrack to our teenage angst in the early 00’s. The New Jersey band’s iconic album Tell All Your Friends, with the tracks “Cute without the ‘E’”, “Timberwolves at New Jersey”, “You’re So Last Summer”, and more, was played in constant rotation in all of my friends cars as we would roll around San Diego, making late night In ‘n Out runs or seeing other bands at Soma and Epicenter. It’s startling to think that it’s been almost ten years and three albums from that original TBS (not the network) album, and how much has changed to the music scene that this band exploded it. But no matter how much has changed in the interim years, I still get pumped from the opening chords of “Cute with the ‘E’”. So when the announcement came that original Tell All Your Friends line up reuniting for a new album and tour, there was an understandable excitement felt by fans everywhere.
This Friday Taking Back Sunday is coming to town this Friday to the House of Blues to promote their new self-titled album that will be released next Tuesday June 28th. In support of their tour is Thursday, Colour Revolt (breaking from the day of the week pattern), and The New Regime, a band that has strong ties to San Diego, particularly Chula Vista. Friday will be a great night to see some bands that have emerged out of the last decade still going strong with lots of new material to please their fans. You can get tickets here and check out the opening single to the new album after the jump.