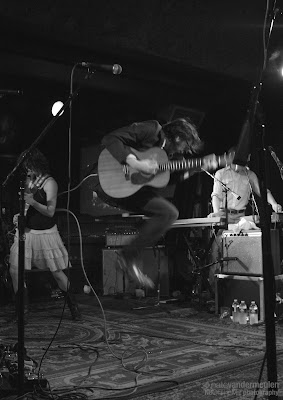 Last Friday night the Belly Up was treated to a trio of exceptional performances from a relative unknown (New Villager), a tour-crazy act (Titus Andronicus) and an aural sensation (Okkervil River). More after the jump.


Originally formed as a band/ artist collective, San Francisco's New Villager kicked off the night with a sort of mini-meditation session before easing into a relatively brief set of their self proclaimed 'new pop'. Carried by dual vocal harmonies and guitar and keyboard rhythms (with some effects mixed in for posterity), their soothing tunes eased the crowd in to what was soon to be a much heavier sound. Odd stage antics aside, they definitely finished their set with more fans than they started with. 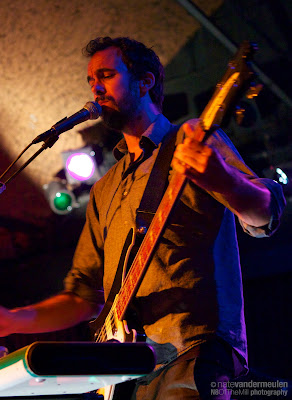 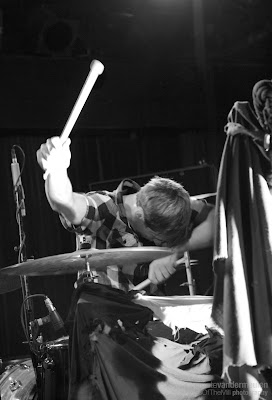 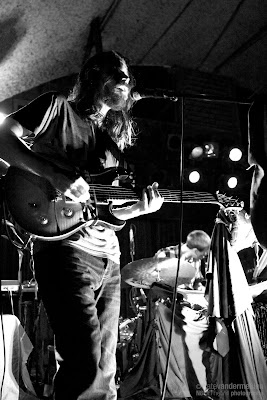 Full disclosure: I've now seen Titus Andronicus twice (the first being a sweltering mid-day set at this year's Coachella) and given their album The Monitor a fair shake and can definitively say that they are not for me. It's not for lack of musical skill or performance abilities, because they have plenty of both. I'll say that I just can't get into them. Apparently it's to each their own because I was definitely in the minority as evidenced by a packed house to begin their set with most of those in attendance singing along word for word. The New Jersey based quintet unquestionably has the chops and stage presence of a band that has been touring for the better part of a year (which they have)- frontman Eric Harm and singer/ guitarist/ violinist Amy Klein are the stars in a guitar swinging, pogo jumping, punk growling showcase. Eschewing the typical two-and-a-half-minutes-and-done punk rock template, their songs can carry into the seven minute+ range and include everything from the slow build to the blistering jams to the epic finale. There is no question that they leave it all on stage from the moment the first chord hits until the last note slowly fades away.
Titus Andronicus: 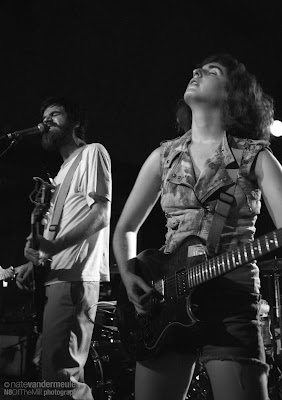 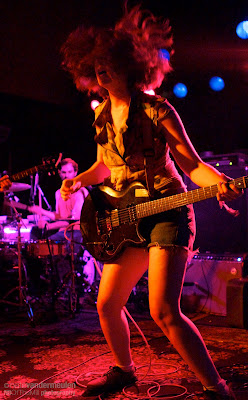 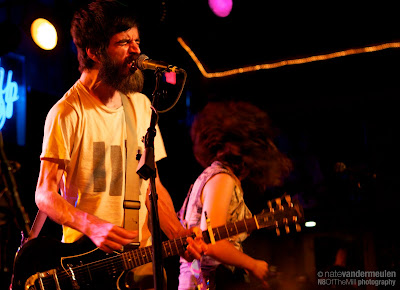 Having relied solely on reviews, friends' recommendations and their studio albums for what to expect from a live performance, I had no idea the treat I was in for when Okkervil River took their spots after a long set break. Some in attendance were likely questioning their position on the bill relative to Titus Andronicus (and even more were probably questioning the pairing of the two bands at all), but the six-piece from Austin undoubtedly deserved their spot as headliner. The Will Sheff- led folk rockers had the crowd wrapped around their finger within minutes as they dug their heels in to what would end up being almost two hours of pure ear candy. My familiarity with this band was limited pretty much to The Stand Ins (personal favorite) and the newly released I Am Very Far (quickly growing on me) which was unfortunate as I was unable to participate in what was almost a full night sing along. Leaning heavily on the new album while touching on older material and even some deep cuts ('From way back in '97', as it was put), Sheff and bassist Patrick Pestorius owned the front of the stage as they led the band through their paces. What really knocked my socks off though was the skill set of multi-instrumentalist Lauren Gurgiolo. Playing primarily an absolutely searing six string Gibson, she mixed in a healthy dose of electric mandolin and a bit of banjo with unbelievable ease and ability- my personal highlight without question. As the set progressed it became more and more clear that the band's happy place is playing to an enthusiastic full house and you could see that they fed off the energy of the crowd. The sole low point of the evening was after they finished their encore and headed off stage. Having now experienced Okkervil River in their full glory, I eagerly await their next trip to SD and if that doesn't happen sometime soon, I am more than happy to travel to them. 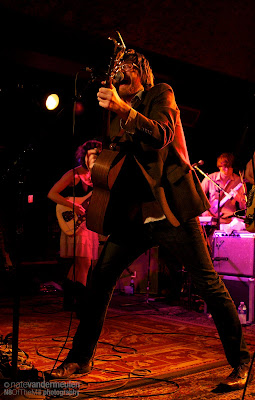 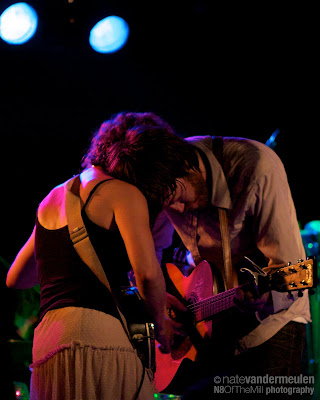 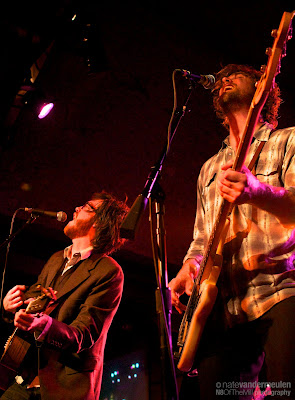