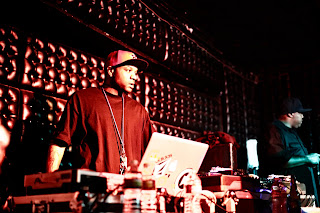 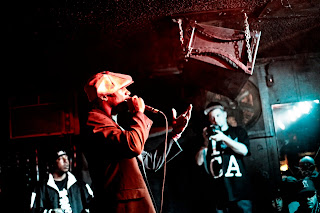 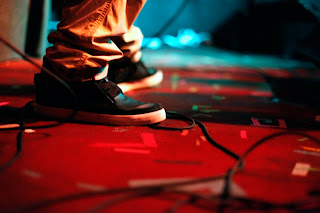 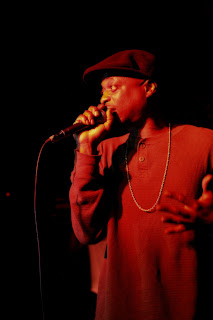 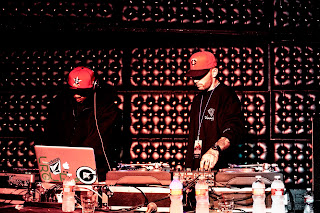 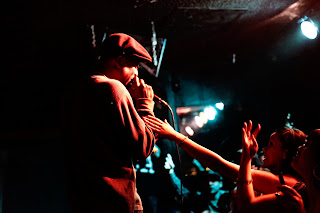 T: So that Devin the Dude show was tight.

P: Nah it was kinda hella-cool(big s/o Rosey for getting us in. good people in high places). The recap...First up, first act, 'Money First' (made up of rappers Dre-Trav, Young Fresh, Mike Berry and Ez Pennybagz). Opening tracks were cool but the third was real fire. Let's call it cognac-smooth.

P: Yeh, they were all over the place with their beats. I could hear a little Dre detox, lil Pharcyde, lil Snoop in there. they were cookin. I remember them from the Yelawolf show at Epicentre couple months back,though. On third, CBN. Coughee Brothers North bill themselves as the 2nd generation of Devin's movement. Never seen 'em before but they were fire (night highlight, a Jay Electronica-esque banger from leftfield).

T: The Coughee Brothers is a perfect name for those cats.... I think I saw 5 blunts in four different sets of hands while they were on stage. Casbah security didn't even trip.... Bravo...!

T: Next up was the Dude....... Devin... I remember he shook a lot of hands before he settled into his set. I thought that was cool... Real down to earth.

P: Most definitely can see where his entire fanbase could be built from his live shows alone (night highlight, the crowd goin ape for his verse from Dr.Dre's 'F--- You'. Absolutely classic).

T: "No kissing & hugging, girl you got a husband"

Email ThisBlogThis!Share to TwitterShare to FacebookShare to Pinterest
Labels: casbah, devin the dude