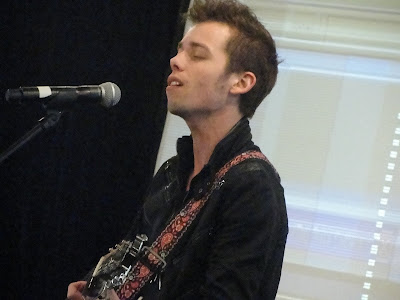 One of the great things about Sunset Sessions is seeing new artists who are fresh faced. Mads Langer is an artist from Denmark who was found on YouTube by Sony Music, London. He's so new, in fact, that his record was just mastered this week and won't see a release until August. They're shopping him with Sony subsidiaries for U.S. release and distribution. His music has already seen placement on Vampire Diaries and other shows. I had the chance to talk to him for a while late last night and he couldn't be a sweeter guy. Here are my videos.