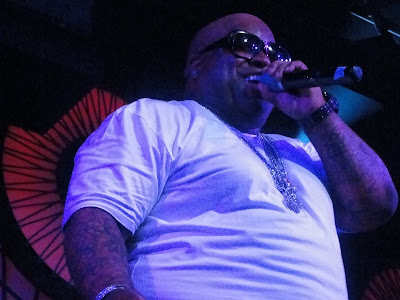 Same old story. Last night was awesome, I hit two shows, got home at 2 am, and have been up working ever since. It is now 9am, and I'm going to attempt three hours of sleep before heading to SDRL to film Jesse LaMonaca and the Dime Novels recording a Pyles Session that will air on Sunday. While I worked, I uploaded a bunch of videos from the week, but I still have to add titles and such, so in the meantime, here's the one you want the most. I'll upload more pics here, but check out SoundDiego.com for a bunch of my shots from all of my recent adventures.

Huge thanks to everyone involved in such a fun night- Eric Howarth of Daydream Nation, T Loper of Owl and Bear for letting me squeeze up front (and for defending me from that creeper), Tim Mays for being an awesome DJ, Tim Pyles for being a great host, Jeff from FLUXX for allowing me to rock my hoodie and jeans in your club, Kurtis from Nighttime VIP for being awesome in every way, Jeff for the early show at Anthology, and Mike B & Craig for the ride home.
Posted by Rosemary Bystrak at Friday, February 11, 2011