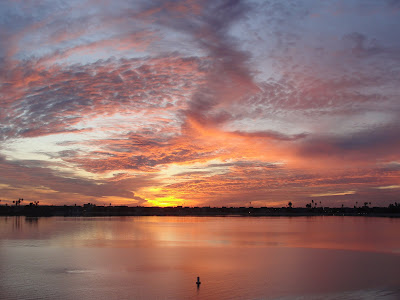 I can't believe how quickly January flew by. I'm trying to better document where I go and what I do since it will all be lost to twitter, and my rough count for January included seeing 62 bands among 18 venues, traveling to Anaheim for NAMM and to LAX for a quick day trip. I ate at about 20 different restaurants, went dancing at a gay nightclub for the first time ever, saw an opera (Turandot) and a play (Death of A Salesman), had approximately 15 meetings to get some projects cooking, and hosted a band in need of a floor to sleep on. Of course this is all possible by the 10 or 15 people who consistently drive my non-driving butt all over town, and to Todd who looks after my pets when I hit the road, so thanks to all of you. While the rest of the country is buried in snow, we're pretty lucky to live in beautiful San Diego, where 15 minutes of rain causes a freakout and is just as quickly replaced with clear blue skies. On to February!!

Don't worry Rosemary, your tweets won't be lost they are archived at the library of congress. Your great grandchildren will know what you were thinking...scary!
http://www.loc.gov/today/pr/2010/10-081.html