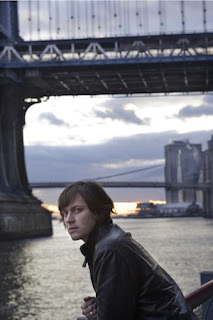 Rhett Miller has a new record coming out on June 5 and I am so excited! The album is called The Dreamer, and is his sixth solo record but the first he's ever self-produced. "I produced The Dreamer myself, a first for me, and had a very clear vision of what it should be -- an intimate, rootsy record that would bridge the gap between my work with the Old 97's and the solo albums I've made in the past. The Dreamer is all about simple American songs and instrumentation. It was a blast to make."

Not only can you listen to the first track, "Out of Love" now, but he's going to be performing at the Casbah on June 15 with his band, The Serial Ladykillers. Tickets for this show go on sale Friday at 10am, so save this link and get your tickets. When he comes to town, Rhett usually plays the Belly Up which has about three times the Casbah's capacity, so you can count on this one selling out quickly.

See his SXSW shows and full tour dates after the jump.