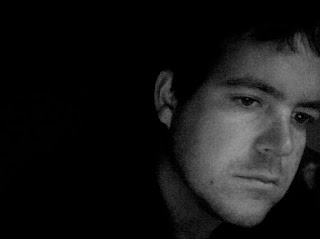 Over the weekend, musician Kevin Lau passed away while on vacation in New York. Kevin was the bassist of local acts like UV Tigers and Plastic Explosive. He was 32. According to his latest Facebook updates, Kevin was on a cross country trip that was headed to New Orleans, but a change of plans took him to the Bronx where he was amongst friends. On March 20th, Kevin posted, "I'm on a road trip circling the US. Thanks to Jon Ziemba for getting me out of a pinch in Grand Junction. Colorado was breathtaking. I'm heading to Chicago right now. Then New Orleans, Alabama and Pensacola to see some dear friends . I may be heading through Savannah to NYC to visit my best friends of all time. Wish me luck and let's hang out!" On March 21, "Thought I was headed south but plans changed. It was on my list of things this year and I'm excited to see Mike. Any NYC friends but me up I'm jonezing for some rock n roll," and by that night, he had declared,"NYC is insane!!! I dig it!"

Sadly, by Saturday, his mother had posted, "My son Kevin passed away today in a city he had never been to. He is in the Bronx in New York. I have to get him home," with friends and family quickly posting memories and tributes on his facebook wall.  I have been told that Kevin passed away in his sleep and a cause of death is as yet unknown. A local San Diego gathering will take place on Wednesday, March 28th at Downtown Johnny Brown's for friends who would like to get together in his memory. Kevin will be laid to rest in Moab, Utah.

Update: Kevin's services will be on Friday March 30, the viewing will be at 11 AM the service will be at 1 PM.
It will be in Moab Utah at Spanish Valley mortuary the address is 386 N. 100 S., Moab, UT

RIP Kevin. You had so much more life ahead of you to live. I'm so sorry I cannot be there in person Wednesday. You are in my thoughts.