It was nearly impossible to go to SXSW and not see The Silent Comedy ruling the streets of Austin and hear people buzzing about their amazing performances. I was lucky enough to bump into drummer Chad Lee after leaving A Scribe Amidst The Lions. He and I had a beer at Bayou and he had a broken All Access wristband from their earlier set at Stubb's. The bartender at Bayou found us some tape and we met up with the rest of The Silent Comedy and Chad ran distraction as we walked into Stubb's and the security guard inspected my wristband, skipping both lines into the venue going in each direction. We saw Saint Motel perform, the guys from Transfer showed up, and eventually we all went to The Silent Comedy's late night set at the Velveeta Room. On Saturday, I just missed the band's set at the Mohawk, but we had fun in the VIP area for a couple hours as I enjoyed what would be my last Lone Star's of my trip. Later, the guys came to the University of Texas where I was with The Heavy Guilt who busked the line waiting to get in. I was invited to join them back on 6th after the show, but it was late and I had to catch the final bus home before setting off the next morning. 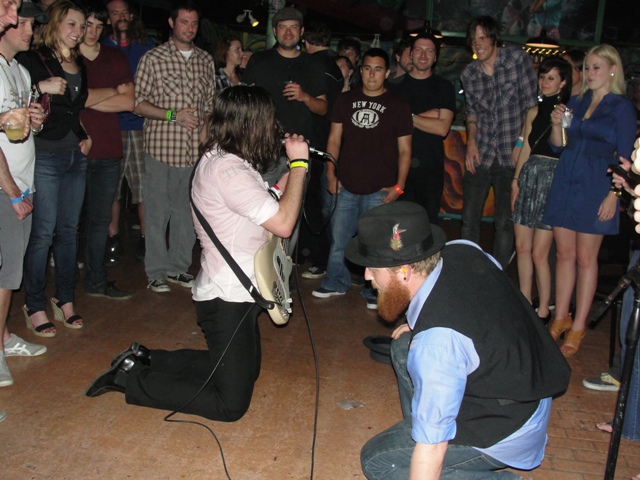 How long were you in Austin (from when to when)?
We were in Austin from Tuesday the 13th to Sunday the 18th. 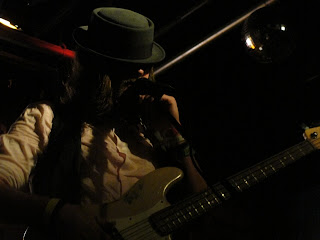 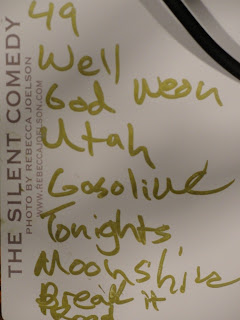 We drove the entire way with several shows in Arizona and Texas on the way out, and Las Vegas on the way back. The drive got pretty treacherous when a semi-truck carrying pallets in front of us started to lose its cargo. Pallets smashed on the road in front of us, making it necessary to swerve and dodge to avoid popping our tires. We also hit ice, snow, and sand. Fortunately, we were safe through it all, and made it out alive.

Did you play? If so, when and where?
We did play. Too many places to mention them all, but some definite highlights were Stubb's and Mohawk. Our management party at Stubb's had us playing with some amazing bands like Lucero and Alabama Shakes. The MOG party at Mohawk was another highlight with The Roots and Blitzen Trapper. Both were tons of fun! 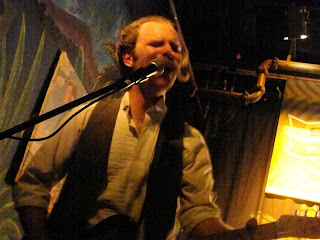 How were your crowds? The venues?
Every show art SXSW is so unique, which is half the fun. The crowds were great whether they were large or small, and the venues each had their own special charm. 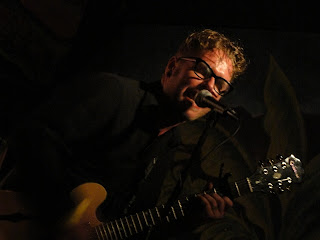 The MOG party at Mohawk had to be our favorite. We showed up early to load in and there was a line of 300 people before doors even opened. It stayed that way for most of the day. Our set was a blast, and got super rowdy. After that, we got to hang out and watch Gary Clark Jr., Bob Mould, Blitzen Trapper, and The Roots while sipping cold Lone Star. Pretty good day overall. 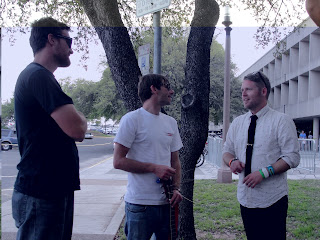 The Warner Bros. party was a ton of fun! We also went to the Mumford and Sons documentary screening, and saw them and Edward Sharpe play. Mostly we were working, rather than having a good time, so we didn't get to too many parties.

Any wrapup thoughts, lessons learned, crazy moments, cool tales to share?
Probably our best moment was shooting whiskey with an older southern gentleman from Country Music Television at the Warner Bros. party. He had the coolest stories, and drank all of us youngsters under the table.

This is a playlist of some of their set at Velveeta.

Email ThisBlogThis!Share to TwitterShare to FacebookShare to Pinterest
Labels: sxsw, the silent comedy