SXSW 2012- Thursday Pt. I or The Day I had the best pulled chicken sandwich in all my life 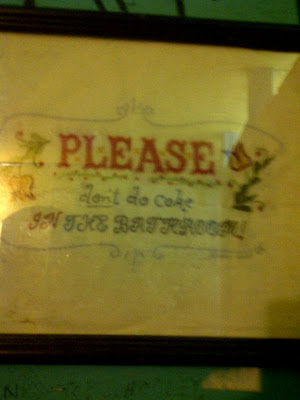 So I don't know where to start, but at the same time I don't have a lot to report. Check the post after the jump. 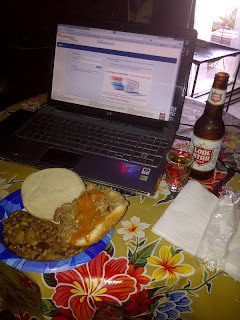 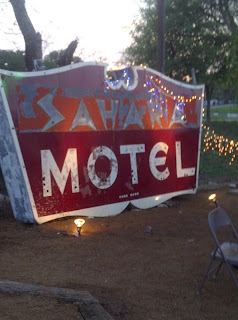 We got into Austin around midnight and went straight to the house where we're staying, which is about 4 miles from all of the SXSW action, which means we had taco bell for dinner instead of the famed good eats of the city.

Some very kind friends of a friend of The Heavy Guilt bailed the city for the weekend, leaving us a house large enough that we all got our own rooms more or less. I'm staying in their sons' room with 2 twin beds and a killer Tempurpedic mattress. 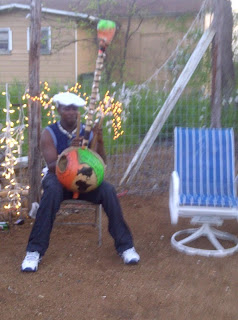 Unfortunately (or fortunately depending on how you look at things), we slept in, so I missed a blogger/managerment/publicist invite-only party. We hit downtown, circled long enough for The Heavy Guilt to decide rehearsal at the house took priority over wasting time in search of parking, so they left Rob and I on the streets. 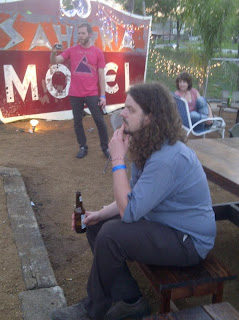 We checked in at the Convention Center- this year I didn't get a press badge, but a festival wristband. Tonight I will learn the difference. We ran into Marjy from the San Diego Music Foundation, so the two of them went to the Aquarium Drunkard party and I wandered to 6th. I stood on a corner chugging a liter of water. I wandered up and down 6th, regretting my lack of rsvps to day parties, ran into Peter Graves from the Soda Bar, finally strolling into Beerland, catching a cool band called Lorelle Meets The Obsolete, had a quick beer, then hustled to the bus out to Sahara Lounge to see Dead Feather Moon, The Heavy Guilt, and A Scribe Amidst The Lions.

Ryan Blue put together a show at the Sahara, kindly sticking my name on as co-promoter. I had to get stuff into NBC, but once I did, it was game on. We're heading into town shortly, so I'm sure I'll have more to report tomorrow. For now, here are some random photos. From Austin, with love.
Posted by Rosemary Bystrak at Thursday, March 15, 2012